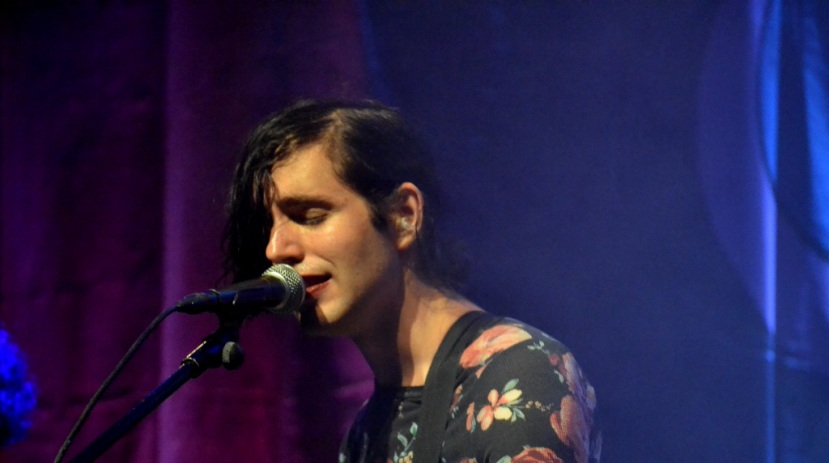 ‘Tell no one what happened here tonight’ said Ezra towards the end of the set. It does make the role of the reviewer slightly complicated, so I decided to ignore this request. In case you’re wondering, there was no dead body or other reason to deny the events that took place in the Button Factory last evening, just good clean fun as a man in a dress belted out rock songs and sent the crowd home happy.

The night began with ‘I wanna destroy myself’, a typically feisty number from his 2013 album ‘Day of the Dog’. The band were a four piece, with guitar, bass, drums and occasional keyboard. The three other members of the band dressed in plain blue overalls, like car mechanics. It made Ezra look even more spectacular! Only one member of the group was allowed to look pretty tonight.

After the second song ‘Maraschino-Red Dress $8.99 at Goodwill’, Ezra announced he was going to play a few songs from their new album ‘Twelve Nudes’ (which will be released on August 30th). It received a cheer from the audience, but I think anything he said would have! It’s always slightly disappointing when a band tours before their new album is released, but it did allow those present a preview of some of the new tracks, and it sounds pretty impressive.

‘Somewhere along the way, we turned into a punk band’ said Ezra after belting out another high-octane song. They continued with a good mix of faster songs along with some slower moments.  Ezra talked about climate change, wondering if he could turn one third of the audience into climate activists just by asking! It seemed a long shot, but his heart was in the right place.

The set finished with three of his best moments, in ‘Restless Year’, ‘Suck the Blood from My Wound’ and ‘Tip of a Match’. At that point, the band left the stage and the house lights immediately came on! After a lot of cheering, Ezra returned to play two solo guitar songs, with the Paul Westerberg song ‘Androgynous’ and then finally an old song of his own, called ‘Wild Feeling’.  ‘It’s a lot of bullshit but it’s good to be alive’ said Ezra near the end of the evening. I couldn’t help but agree.

Support on the night came from Odd Morris, who are a four piece alt rock band from Swords. They formed in 2017 and are an impressively tight unit, with some good guitar lines. In a world where most support acts get studiously ignored, they did enough to get the crowd’s undivided attention! 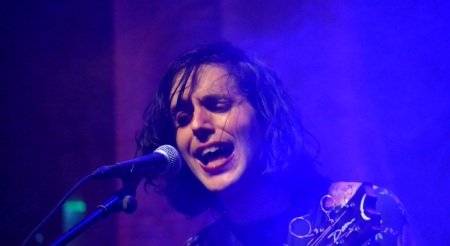 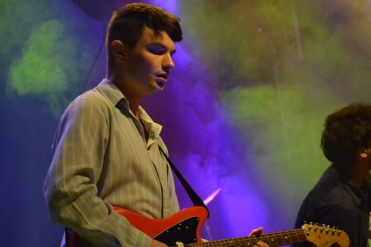 I Wanna Destroy Myself
Maraschino-Red Dress $8.99 at Goodwill
Thermometer
Rated R Crusaders
Haunted Head
Hour of Deepest Need
Body Was Made
Been So Strange
Evening Prayer aka Justice
Trauma
Calm Down aka I Should Not Be Alone
I Wanna Be Your Girlfriend
My Zero
Ordinary Life
Psalm 151
Driving Down to L.A.
No Place
Love You So Bad
Restless Year
Suck the Blood from My Wound
Tip of a Match