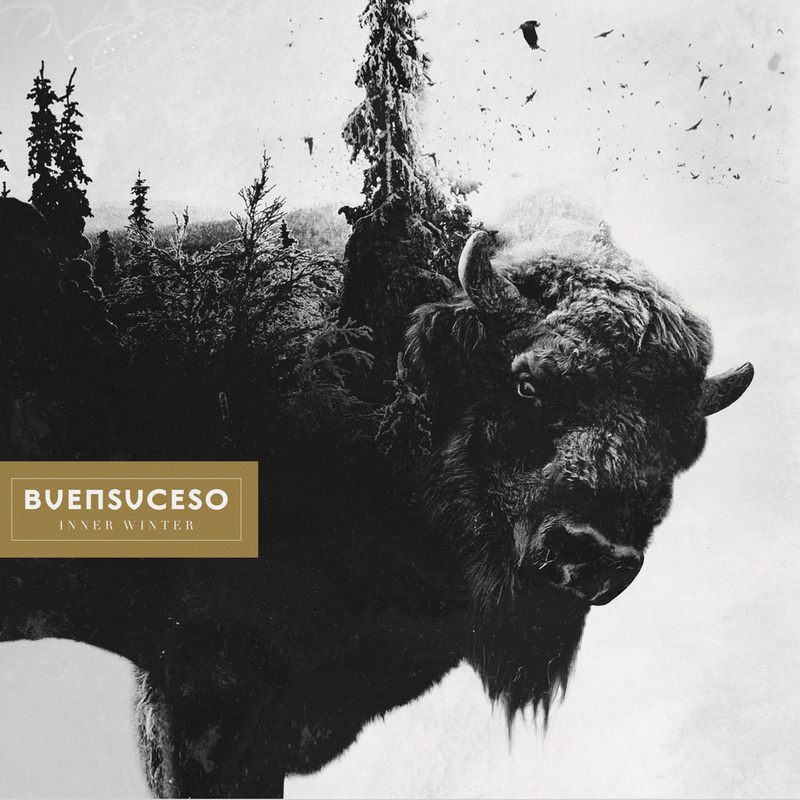 Originally released in 2014, this relatively short album by Spanish rockers Buensuceso is getting another push.  After the atmospheric opening track, Luckily Vultures Came and Ate All Dead Bodies They Saw, the album properly gets into gear with the downbeat Affectionate Giant Hug with a Bison-Shaped Heart, which is a bit like early Cure with leadweights in their boots.  The track builds gradually for three and a half minutes before exploding into life with a barrage of guitar and drums.  C.O.T.C.wouldn’t be out of place as one of the heavier tracks on any Mogwai album, while their full metal claws come out on Waiting for Deliverance with an assault of guitars from the opening bars.  On the other hand is a true epic, throwing keyboards, metal riffs and pounding drums into the downbeat mix.
Not hugely original but if you like dark, brooding and slow instrumental rock, this ticks all those boxes.  It’s available for download from here.
Tracklist –

01. Luckily, Vultures came and ate all dead bodies they saw, backbones in their beaks…

05. On the other hand the richness took over of his being, and overwhelmed sold all the things were left, much coherence, a bit of bitterness and innocence has been already rotten.