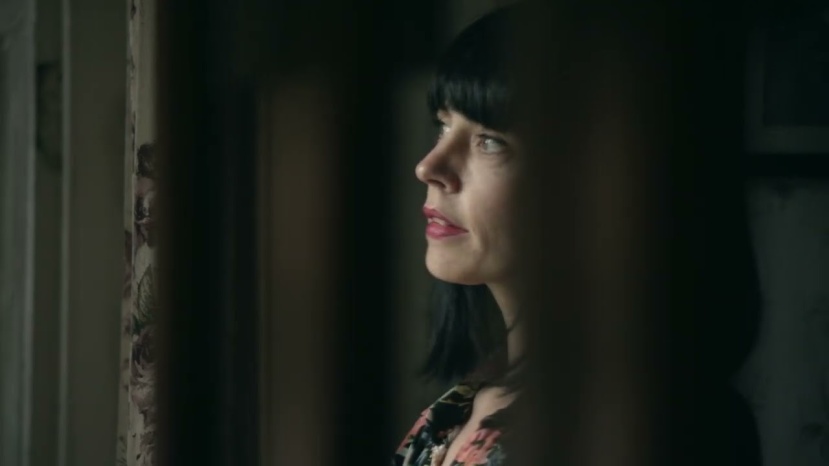 Doireann Ní Ghríofa is an Irish language poet and essayist who writes both in English and Irish. She came to international prominence with her book A Ghost in the Throat whose successes included the oldest literary prize in these islands, the James Tait Black, along with acclaim in the United States. It was her first prose work, she previously having published several volumes of poetry. In addition, she is married and the mother of four children aged between fourteen and seven. By any standards therefore she is an extremely busy woman.

NicChormaic’s Irish language documentary, which makes reference to the necessary domesticity of  Ní Ghríofa’s daily routine, concentrates on her literary work and what has driven and continues to drive her writing. NicChormaic concentrates on the writer herself as Ní Ghríofa extols her childhood years in County Clare and the importance of her grandmother’s house and how those memories inspire her. The concentration on the writer herself, therefore, excludes any interviews with friends, acquaintances or literary peers to expound on her qualities as a writer. It focuses on Ní Ghríofa speaking about her work as a writer which forms an integral part of her life.

The intensity of the film is magnified by the gentleness in tone of Ní Ghríofa’s speaking voice. Here is an individual who thinks before speaking. It is rewarding therefore to listen carefully to what she has to say. Yet she is not self-important. She is a woman who takes the time and trouble to think about what is important and has the gift or takes the time and trouble to explain lucidly what she thinks as a result. There are not many men, or women indeed, who have reached such a level of self-discipline.

The film lasts just under an hour and a quarter but in that comparatively brief period, the many qualities of Ní Ghríofa are demonstrated. This is a documentary which should be watched in a quiet frame of mind and given time afterwards to recall Ní Ghríofa’s thoughts and demeanour.  She has the ability to generate calm.