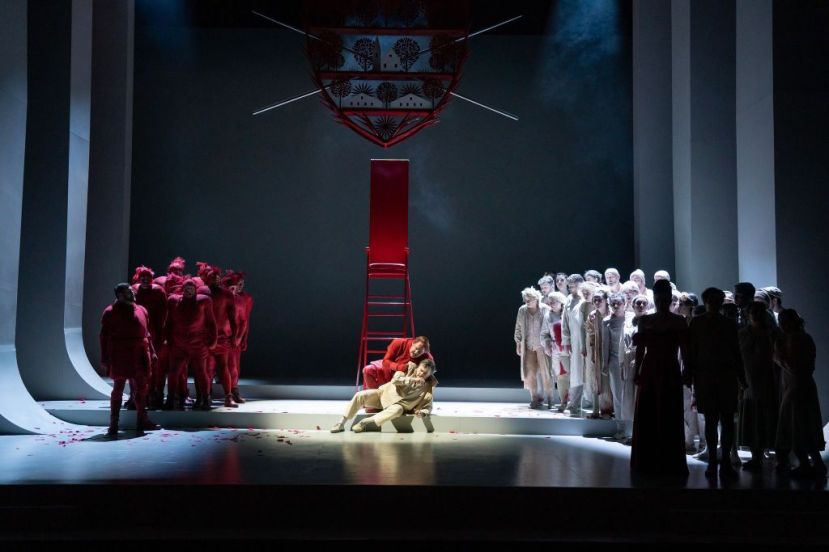 All photos by Pat Redmond

It’s remarkable how well-known the famous finale, “March of the Swiss Soldiers”, from the William Tell overture is.  Mention William Tell to almost anyone and they immediately begin to hum the tune. All the more surprising then that the rest of the opera itself is relatively unknown, despite it arguably being Rossini’s finest work. Perhaps it is the epic scale of this work, the last of Rossini’s 29 operas, that has caused it to be relatively rarely performed. The opera’s length, at three hours and forty-five minutes of music, its extraordinarily demanding vocal roles, complex and intricate choral writing, and arduous casting requirements, such as the high range required for the tenor part, have contributed to the difficulty of producing the work.

Premiered as “Guillaume Tell” at the Paris Opéra on 3 August 1829, it is a French-language opera in four acts by Italian composer Gioachino Rossini to a libretto by Victor-Joseph Étienne de Jouy and L. F. Bis, based on “Wilhelm Tell” a drama written by Friedrich Schiller in 1804. The subject matter is the eponymous William Tell, an early 14th-century folk hero of Switzerland, important as a symbol during the formative stage of modern Switzerland in the 19th century and as a symbol of resistance against aristocratic rule, especially against the House of Habsburg which had ruled Austria for centuries. 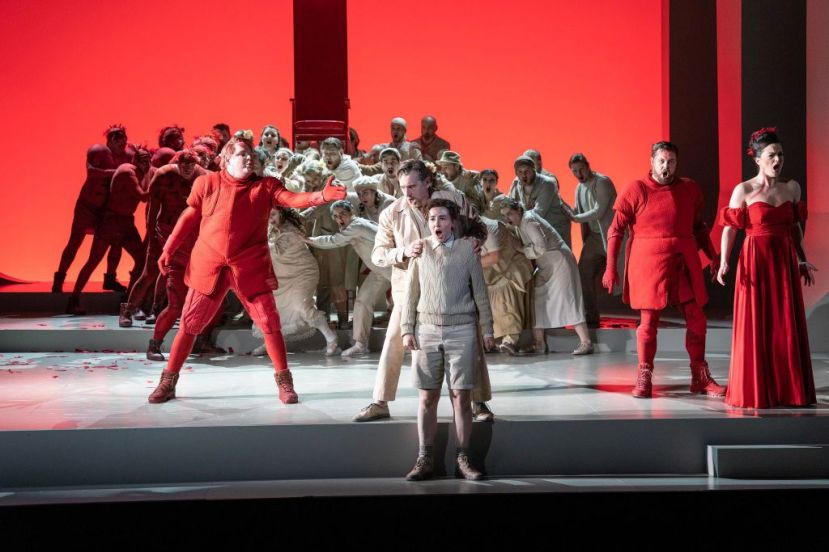 The opera has not been heard in Ireland since the 1870s, when the first Irish performance took place at the Theatre Royal, Dublin on the 31st July 1875 in the original French. It was last performed here in Italian in 1877.  A hundred and forty-five years is a long time to wait and it was with considerable anticipation that the audience took their seats in the Gaiety Theatre, Dublin last night, for this co-production with Nouvel Opéra Fribourg.

This is a stunning modern staging by director Julien Chavaz which is faithful to the original story yet refreshingly contemporary and dynamic in its execution.  The title role was played by  Canadian-Italian lyric baritone Brett Polegato who brought passion and sensitivity to the role. Gyula Nagy, a powerful Hungarian baritone based in Wicklow played Leuthold (Nagy will perform as William Tell on the 12th of November). The role of Arnold Melcthal was played by Mexican tenor Jesús León whose high C thrilled the audience. Irish soprano Máire Flavin played Mathilde Habsburg bringing fire and passion to the role. Irish mezzo-soprano Imelda Drumm played William Tell’s wife Hedwige with great emotion. Irish soprano Amy Ní Fhearraigh was both innocent and intense as Tell’s son Jemmy.  Bass-baritone David Ireland played the wicked Gesler with some apparent glee, with Irish tenor Patrick Hyland as Rodolphe as his imposing Captain of the Guard.  The roles of Walter Furst and Melcthal senior were played by tall Polish Bass Lukas Jakobski. Special mention also to tenor Andrew Gavin as Ruodi and baritone Matthew Mannion as Hunter. Later in this run, Irish baritone Owen Gilhooly-Miles will play Leuthold, Irish soprano Rachel Croash will play Matilde and tenor Konu Kim will play Arnold Melcthal.

The huge chorus deserves a special mention.  Featuring almost continually throughout the work they are, like the Swiss countryfolk in the story, the backbone of the opera and performed with intense conviction throughout. The sound of their massed voices was thrilling to hear. The four dancers are also especially worthy of mention, their style and beauty of movement brought elegance and fluidity, in particular their interpretation of the deer. The staging was modern and very imaginative. Costumes were excellent, the pastel Swiss contrasting sharply with the crimson Austrian troops whose oversized muscle costumes brought both comedy and menace to their roles. The performers of the Irish National Opera Orchestra under the baton of Fergus Shiels underpinned everything on stage with a magnificent performance of Rossini’s score.

The sheer professionalism of this performance was indeed a joy to behold. Despite the length of the performance, the pace never flagged and the audience was swept along by the dynamism on stage. At the grand finale of the fourth act, the audience erupted in long and well-deserved applause.

As it may well be a long time until the opportunity to see this magnificent opera presents itself again in Ireland, lovers of great music should try and see this if at all possible. It runs till Sunday 13th November 2023 at the Gaiety Theatre, Dublin. 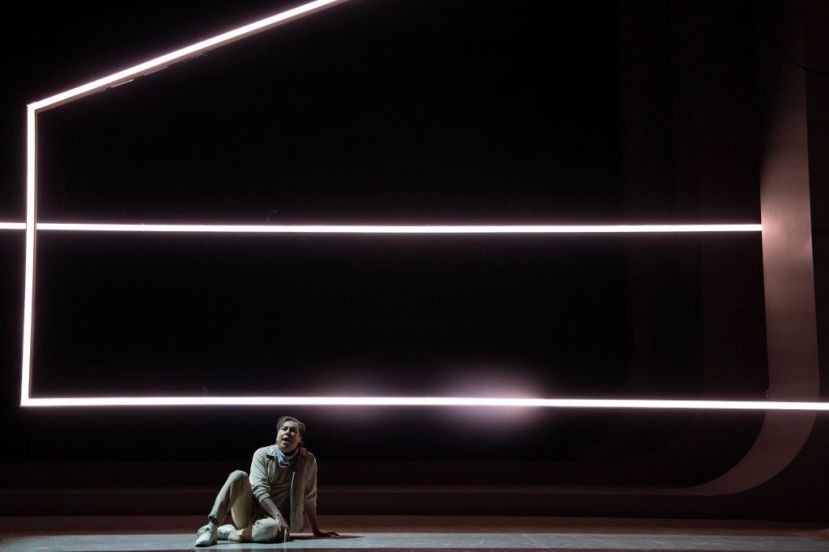