Thanks to a little ditty called Any Dream Will Do most people are familiar with this musical. The titular role has been played by artists as diverse as Donny Osmond, Jason Donovan, H from Steps  and… Phillip Schofield. Yes, before he was a stalwart of morning telly Pip donned the multi-coloured coat to tackle the part in the West End of London. For this production, however, the producers have forsaken a big name and enlisted relative newcomer Jac Tarrow to play the role. In fact, his first ever professional engagement was playing the role on the West End in 2020.

So this is a Joseph lacking the performing maturity of some of his predecessors. Thankfully, he is ably supported by seasoned veteran Linzi Hateley as the Narrator who guides the audience through the story. She has an infectious energy and it is impossible not to engage with her. Between the two of them, they ensure that the energy never dips. But just in case your attention was waning the wonderful Bobby Windebank joins them in act two in a show-stopping performance as the Pharaoh.

If you haven’t seen this show before it basically tells the story of Joseph from The Book of Genesis. Yes, it’s a biblical tale but it’s not heavy on religion so don’t let that put you off. Through a whirlwind of song and dance, we follow him as his jealous siblings sell him into slavery in Egypt and he then finds himself imprisoned after his master’s wife tries to seduce him. However, his ability to interpret dreams sees him gain favour with a Pharaoh who frees him and elevates his status before he encounters his family once more as they travel to Egypt to escape famine. 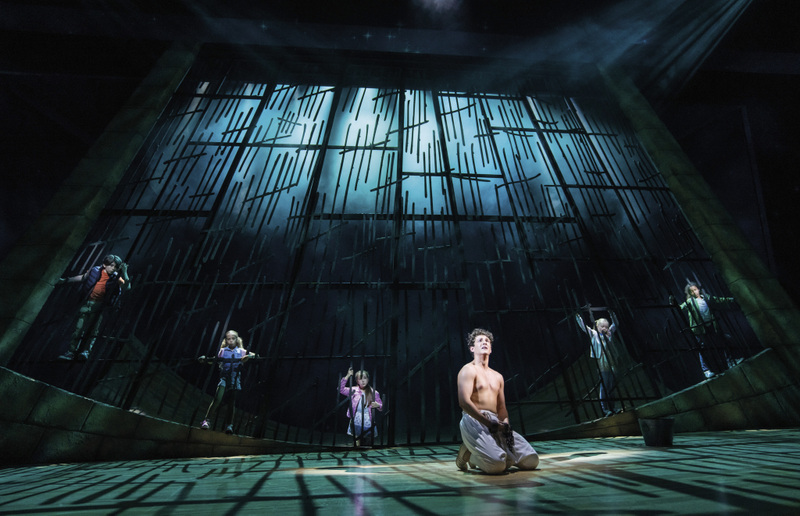 Historically, all the roles in this were played by adult actors but this production subverts that somewhat. There are children featured in the opening and here they are included in the cast throughout the story. Depending on how you feel about children on stage this will either be incredibly twee or adorable. There is also another huge change in that Joseph doesn’t wear the famous loin cloth while a slave. Instead, he wears something resembling 80s harem pants. Is this a reflection on our woke society? Who knows. But it is painfully obvious that this is trying to be a production for the 2020s as opposed to the last century,

As one of uber writing team Andrew Lloyd Webber and Tim Rice’s earliest productions, they hadn’t quite found their voice yet so this features a huge range of influences and genres. There literally is a musical style for everyone here. There’s a bit of country, reggae, torch songs, and some disco. It is a musical smorgasbord. And the cast goes through the songs at a rip-roaring pace (with an interval this comes in at just about two hours). This is a very high-energy show. Don’t expect to sit there quietly tapping your feet as this demands your full attention.

This is great fun although not all the changes work. The Joseph megamix at the end – usually a staple of jukebox musicals – seems unnecessary here. Other than “the hit” the rest of the songs aren’t that well known, but the energy is so infectious that it is impossible not to find yourself getting sucked in. At the end of the day, there is a reason that this musical has endured throughout the decades. The songs are truly infectious and despite being inspired by a bible story, people can relate to the story of sibling rivalry. This wonderfully fun production will leave you with a smile on your face and is definitely worth checking out.