Beyond the Pale (Saturday) – Live Review 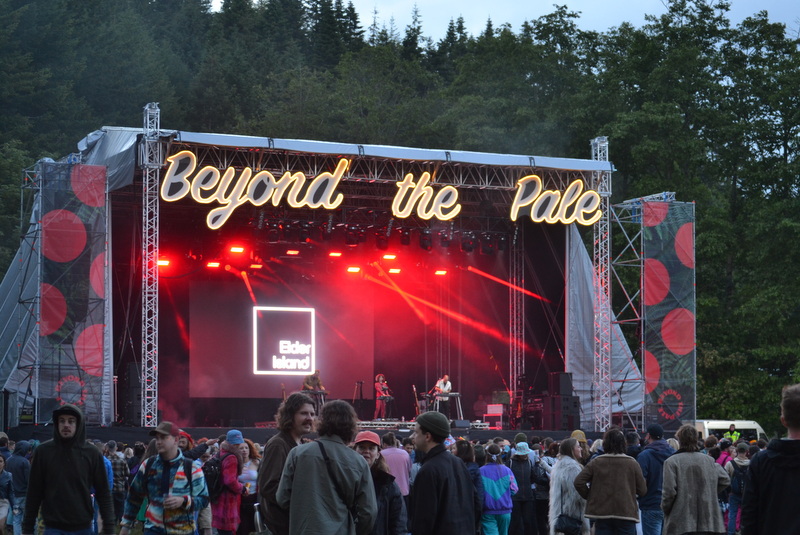 Beyond the Pale (Saturday) – Live Review

First off, as with any new festival, it’s hard to know exactly what end of the market they’re aiming for. This one was a boutique festival with a capacity of under 5,000. They had four main stages with a number of smaller side events also taking place, including the ‘Beyond the Plate’ food stage! The main stage was a large outdoor area, with two tents (Selective Memory and Strawberry Fields) and another smaller outdoor stage (The Big Romance) for the DJ sets. All the stages were relatively close to each other, so it was only a short walk between any of them.

The first event I attended was Clare Dunne’s 2019 theatre production ‘Ah Sure Look It, F**k It‘. My worry with a theatrical performance at a music festival is that it could get drowned out by the noise from the other stages or the crowd would come and go, chatting over it. This was a perfect event, however, as it used crowd participation and even a few songs to keep the vibe going. The audience for the most part stayed throughout and it was an impressive short piece.

Glass Ensemble are a regular at Irish festivals and there were five members on stage for this performance, with a string section, percussion and electronics. They performed a selection of Aphex Twin songs which converted well to their semi-orchestral arrangement.

John Francis Flynn was on the main stage at 4.15 although the set started a little later than planned due to some technical difficulties with the sound. He has been making waves in the modern trad scene in recent years and it was a very impressive set. I suspect many who watched it will attempt to see him live on another occasion.

Erika de Casier performed for the first time in Ireland in the Selective Memory tent in front of a small audience. She was a new name to me, but the Portuguese-born Danish singer recently signed to record label 4AD. It was a gentle R&B-infused set which was a nice interlude between the more vigorous acts.

There were more technical difficulties on the main stage, so Soda Blonde started an hour late, making the rest of the night run later than planned. Their lead singer Faye O’Rourke knows how to work an audience and she enjoyed the festival setting.

My own personal highlight was seeing Aoife Nessa Francis in the Selective Memory stage. She was the last artist I saw perform live before the lockdown, so seeing her again felt like the end of that unwanted era. Her set included some new songs and her second album can’t be too far away.

Elder Island seemed an unusual choice for such a prominent time on the main stage. They’re a three-piece from Bristol and have released two albums to date, their most recent being Swimming Static from 2021. They might have suited an earlier time or possibly a smaller stage. Boy Harsher in the Selective Memory stage, however, received a great reaction from the audience, with the full tent dancing to their heavy synth sound.

The delays to the main stage meant that Bonobo (Simon Green) didn’t start his set until 11pm, which may have been an advantage, as the light show worked better in the dark (It’s only a week away from the longest day). Simon Green has been releasing music under the moniker of Bonobo for over 20 years and it’s great to see him finally recognised with a headline slot at a festival. 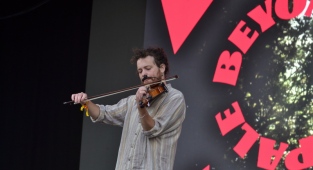 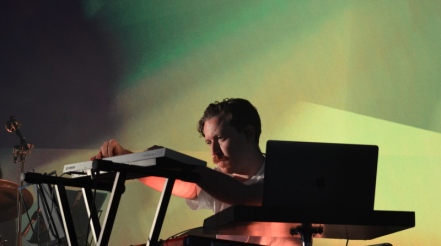 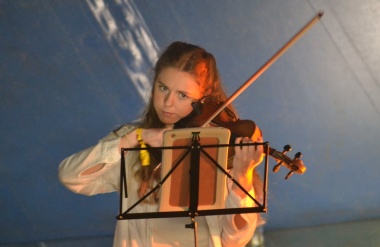 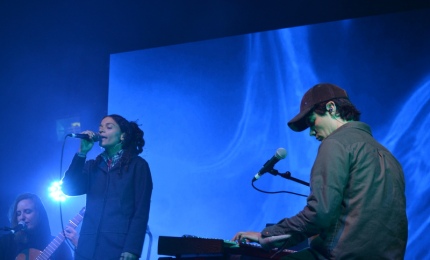 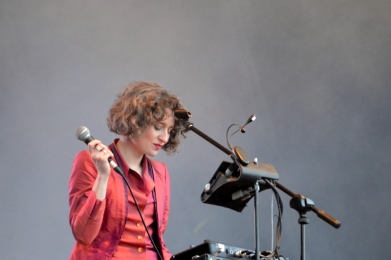 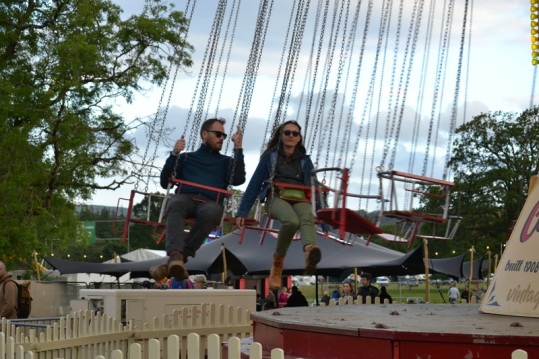 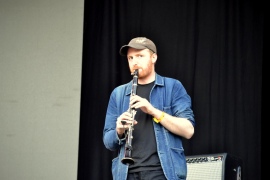 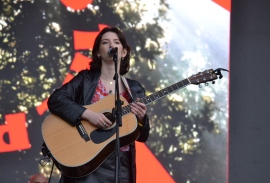