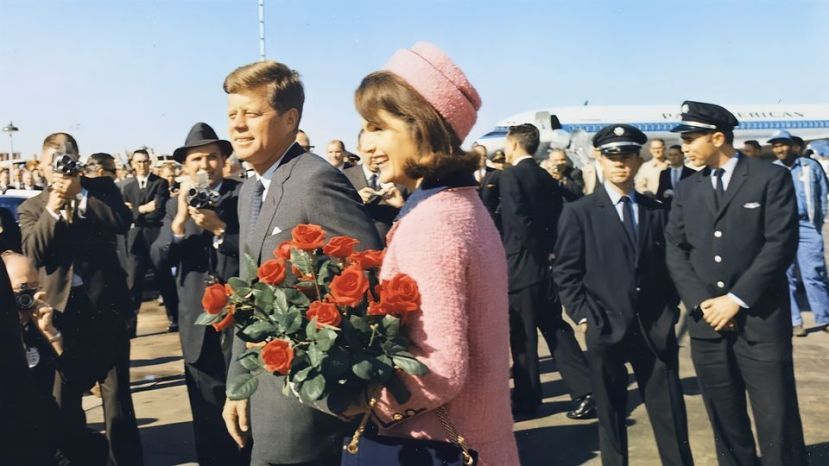 Oliver Stone has created a documentary about the assassination of John F. Kennedy on 23rd November 1963 in Dallas, Texas. As the title indicates, it is a return to the theme of his 1991 film JFK where he raised the prospect that the murder of Kennedy was part of some much wider conspiracy and that Lee Harvey Oswald had not acted alone which was the basic finding of the Warren Commission, set up by President Johnson to investigate the shooting.

The first part of the documentary is narrated by Donald Sutherland. It trails a densely-packed collection of interviews with a myriad of people who were involved in the investigation or sometimes relatives of such persons. There are also diagrammatic reconstructions of particular incidences in the story. It layers interviews and facts on top of each other without clearly stating what is the purpose of each revelation. There is a strong sense of information overload even if the presentation ensures that you are never bored. While it undoubtedly pokes holes in the findings of the Warren Commission it does not point to a coherent explanation of who shot Kennedy if it was not Oswald acting alone. It undoubtedly points out some important failings in the findings of the Commission.

The second half of the film, narrated by Whoopi Goldberg, deals with various individuals and institutions who may have, for a variety of reasons, wanted Kennedy out of the way.  All sorts of theories are referred to including the Bay of Pigs debacle, the chaos that enveloped the newly independent Congo and the growing entanglement of the USA in Vietnam. Various individuals particularly Allen Dulles of the CIA, who was a member of the Warren Commission, come under Stone’s gaze. But no definite theory is outlined; it is all suggestion and innuendo.

The footage of the news channels reporting on the shooting in Dallas remains gripping. The shock of the bystanders when they first hear the news and their horror when his death is confirmed remains powerful. It does not need however a two hour film. It also does not compensate for the density of the rest of the presentation.

Conspiracy theories have become mainstream in news coverage since the 1991 film was made and the reporting of news is now very different to that of 1963. However, despite all the energy that has gone into the creation of this documentary it fails to identify a coherent theory of a person or persons or institution who was responsible for the assassination of John F. Kennedy.  Most people probably have more worthwhile things to do than to spend two hours of their time watching this journey without an end.