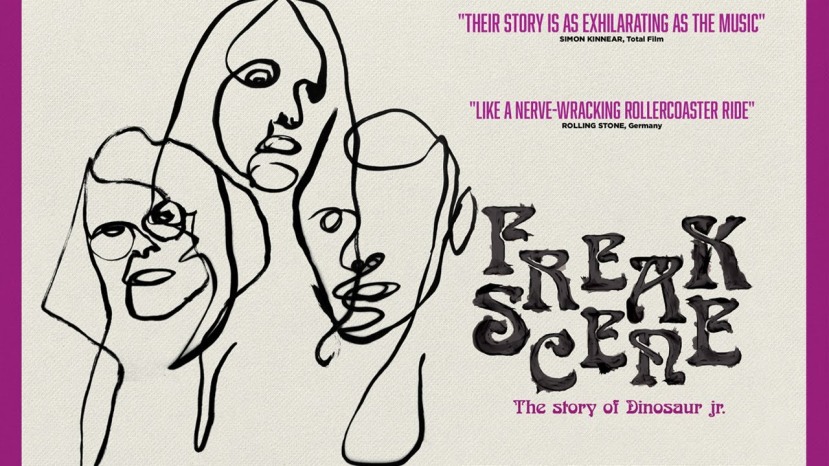 With Dinosaur Jr on the go for 35 years or so, it felt timely to view a documentary about the band and their ins and outs. The lead actor in this movie is not so much Murph, Lou Barlow or even J Mascis but more their music, which is upfront and centre throughout the film. Some of the earlier live clips are a bit ropey, to say the least, and the film does assume a certain amount of knowledge, which might deter the uninitiated.

But these quibbles aside, it’s a loving look at the band, through their at times toxic interpersonal dynamics. Drummer Murph emerges as something of a troubled figure, more so than expected, while Lou Barlow, who was thrown out of the band in the late eighties, appears to be the most balanced and level-headed member. As for J Mascis? Anyone who’s seen or heard him interviewed will know that that can be like getting blood from a stone, and here his contributions are typically laconic and drawled. He’d rather just be playing the guitar! What’s apparent watching the movie is just how many terrific, hard-riffing songs the band has.

It’s a pity that former member Mike Johnson didn’t contribute to the film, perhaps he wasn’t asked? Overall, the band as they are constituted now (post-reformation) appear to be going as strong as ever. If you’re a fan, you won’t want to miss this.