In case of the likely event that the sun once again crawls behind the clouds – an apt if obvious metaphor for the dark pandemic days through which we trudge – No More Workhouse has graciously handpicked three of the best things to watch on television and streaming platforms this week. From a serial-killer-inspired drama to a documentary series about an infamous technological disaster, perhaps they will enable you to put your current situation into perspective (unless your viewing experience happens to be accompanied by dissection at the hands of a maniacal, aviator-wearing Scotsman, of course).

Premiering on ITV on September 14, Des is a three-part miniseries which dramatises the true story of notorious Scottish serial killer and necrophile Dennis Nilsen. Capitalising on the recent true crime boom which documentaries like The Jinx and Making a Murderer initially triggered, director Lewis Arnold focuses on the events which took place after the 1983 arrest of the meek-mannered killer. After being taken into custody by Detective Chief Inspector Peter Jay upon the discovery of decomposing human remains blocking a drain near Nilsen’s London home, the true extent of his horrific crimes are gradually revealed. The subject of the series, who murdered up to sixteen victims over a five-year span, is played by an unrecognisable David Tennant. However, bear in mind that the actor’s uncanny makeover will forever taint your experience of watching mid-2000s Doctor Who. 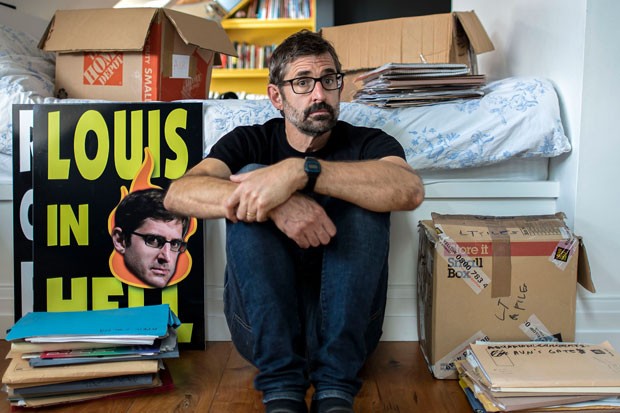 Louis Theroux: Life on the Edge

If ever there was proof that there is a God, it is this: Louis Theroux, in perpetual awkward but charming form, is back on television screens this week. Louis Theroux: Life on the Edge is a retrospective four-part series which reflects on the beloved documentarian’s impressive 25-year-long career. If you are concerned that it is little more than another tired rendezvous with the Westboro Baptist Church (we love you Louis, but no more please), there is no need to be. Instead, Theroux dives deep within his canon, interviewing a vast and varied selection of the different characters with whom he has spoken over the years. This week, the series’ second episode, which deals with “the dark side of pleasure”, is released.

If you are one of those objectively wrong people who do not like Louis Theroux, there are plenty of other documentaries available to watch this week to keep your brain fresh and brimming with knowledge. Here at No More Workhorse, we recommend Challenger: The Final Flight, a four-part documentary series which is due to be released on Netflix on September 16 and looks absolutely fascinating. In 1986, the Challenger space shuttle exploded 73 seconds after taking flight, killing all seven crew members. To make matters even worse, approximately 17% of the United States’ population were watching its launch on television, leaving an indelible mark on the American public for years to come. By all accounts, this documentary series takes on the difficult topic in an unflinching yet sensitive way, providing sharp insight into the events surrounding this devastating disaster.