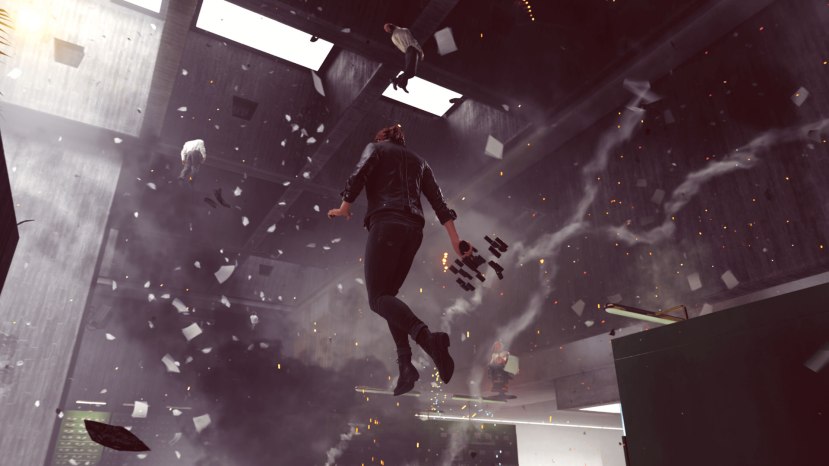 Control is an award-winning videogame by Remedy Entertainment, released in August 2019.

The game begins with Jesse, the protagonist, arriving at the Federal Bureau of Control, a US government body charged with corralling the supernatural (or paranatural as the game calls them). The FBC is headquartered in the Oldest House, a vast, intricate location and the real star of the game. Jesse arrives thereafter being compelled to by a mysterious inner entity; Polaris. She discovers the Bureau has been suborned by a paranatural controlling force, the Hiss, and assumes the role of the Bureau’s director as she struggles against them.

Those opening scenes are very satisfying if you enjoy exploring believable, coherent worlds. The Bureau is presented as the 60’s romantic ideal of a shadowy federal US agency, one with unlimited resources and a buttoned-down culture, part X-Files FBI and part military expeditionary force. You enter this vast, superbly imagined space, looking at the incidental detail so carefully wrought – notes and legible memos on noticeboards, desks believably akimbo as working desks would be, imposing brutalist architecture directing your gaze down long internal offices and vertical, echoing vaults beautifully lit – and then, it flinches right back into video game mode. You approach a desk and, for no discernible reason, stand on it, scattering papers and furniture. Things fall over as you walk past, though you don’t touch them. You feel like some clumsy, ill-controlled disruption in human form, unable to mimic the easy poise and presence in the world your in-game allies naturally have and you assume you too should possess. Your colleagues politely ignore you knocking their stuff over, and whenever you go back to see them everything has been set right again in your absence. Deference to their boss must run deep. 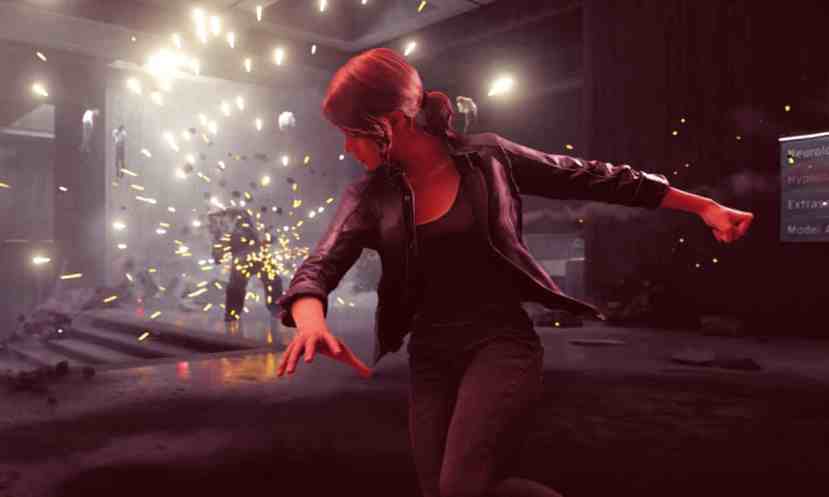 I should admit: I’ve played videogames for thirty years over far too many console and computer generations, and very few games ever get this right. Simulating a credible physical world that your player instinctively navigates like a normal person is, in video game terms, a tall order for perhaps minimal return. But it’s consistently jarring to overhear colleagues’ in-game conversations praising your performance while you’re tumbling downstairs.

Those same colleagues suffer in videogame ways too. They seem to have far too many teeth, opening their mouths slightly too widely to grimace at you when they mean to smile. Very few of them are likeable and characters which could be sympathetic rarely are.

The tone of the game is maintained at a setting between “disturbing” and “oppressive” but it’s not overtly a horror game. The FBC reminded me of the Southern Reach agency, from Jeff Vandermeer’s trilogy of the same name. Both works have the same evocation of the eerie: everyday objects invested with mysterious, potentially destructive powers that must be contained and hidden from the public. The writing is at its best in describing these objects, how they were encountered, and how they need to be handled. These stories are told through incidental detail revealed in collectable reports and tapes scattered throughout the game, and it’s always a small joy to find one as you make your way through. The music swells to unsettling rhythms during combat and there are some great songs to be uncovered if you explore. 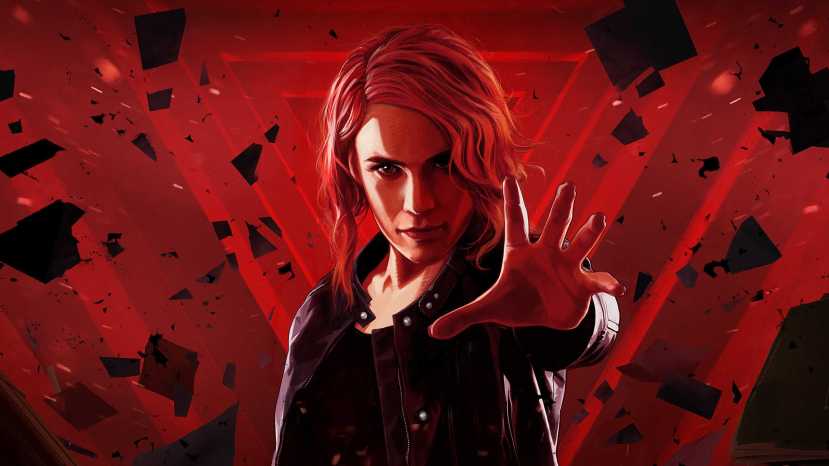 Normal difficulty can be unfairly difficult. During combat, the game urges you to dart around the playfield, avoiding enemy attacks and navigating at speed between cover, the variety of engaging defensive- and mobility-focused abilities keeping you alive while you make momentary attacks on your opponents. But it frequently peppers these arenas with gaps that send you falling to your death, and they’re all too easily fallen into as you charge about. There’s no in-game ability to save you if you do fall through one and there’s nowhere to land underneath. Sometimes your restart points are some distance from those areas, and (on a Playstation Pro) the restart loading bar can feel glacial. All told I lost hours to this. Especially annoying: the game has one section where falling is so likely it has a section-specific reset that puts you right back where you were because otherwise, you’d lose your place in one of those aforementioned songs! So… it’s by design elsewhere?! Pity us, poor console players, next time, please.

That said, the moment-to-moment gunplay is good, and gaining power as you make progress does make a palpable difference to how you experience (and enjoy) engagements. The abilities and weapons you use are all pleasing, satisfying to master, and useful. But why do you have to pay in-game currency to reset your choices on the abilities you pick? Would being able to arbitrarily change your skillset play-to-play to experiment be too much fun?

At times it does turn from videogame into dramatic performance, with some characters engaging in extended, exhausting soliloquies that are, for the most part, avoidable. The completionist in you may sit through them in the hope of gleaning some new tidbit of useful info, as I did; if you feel like sparing yourself, do.

When it’s not trying to be too overtly weird-fiction and just lets you have at its spooky enemies and gorgeous architecture, Control is a delight. If you’re accustomed to video games and their compromises already and enjoy strong narratives in beautifully-realised locations, it’s well worth playing. If you’re new to video games, and without pandemic-level periods of free time, don’t start here. But do shortlist it. It’s ready when you are.