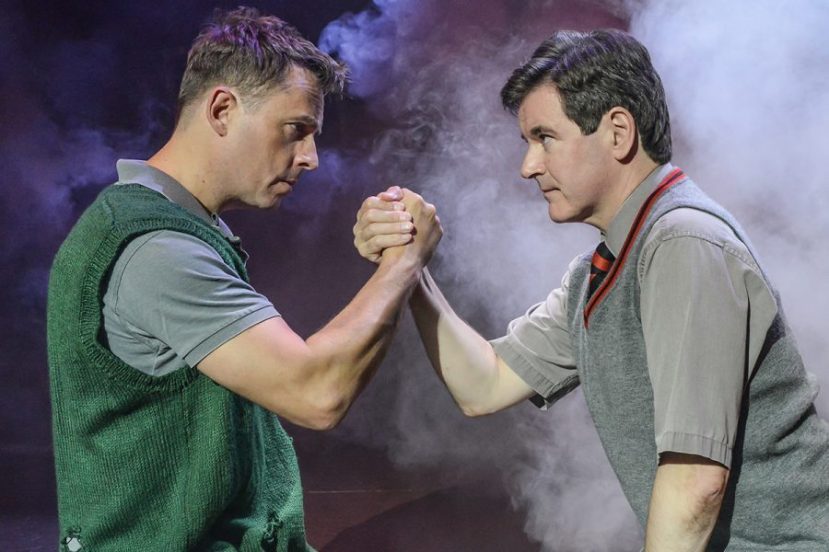 Conceived originally as a one-act school play, Willy Russell’s 1983 hit musical, “Blood Brothers”, with over 10,000 performances in London’s West End alone, has gone on to be one of the most successful and loved shows of all time. The latest touring production in the Bord Gais Energy Theatre is full of energy and passion and was received by the opening night’s audience with the rapturous applause that one has come to expect for the show dubbed the ‘Standing Ovation Musical’.

Set in the poverty-stricken slums of Liverpool in the early 1960s, it tells the story of a family struggling to survive. With already seven children to support after her husband leaves her, Mrs Johnstone is shocked to discover she is pregnant again, and this time with twins. She works as a cleaner for Mrs Lyons who is desperate for a child, and the women come to an agreement that Mrs Lyons can take and adopt one of the twins as long as neither ever learns the truth of their situation. The two boys, Micky and Edward, grow up with very different lives but, eventually, a chance meeting leads to a friendship between them and they decide to become blood brothers.

As the overture plays, the opening tableau prepares us for the tragic turn their story will take. In a dimly lit alley, with the lights of Liverpool twinkling in the distance and the silhouette of the Liver Building dominating the skyline, we see the bodies of the two brothers, now adults, surrounded by their mother and others who will play an important part in their lives. A sinister narrator tells us that the superstitious prophecy that the brothers would both die if they ever learned of their relationship has come to pass and as the scene shifts back in time to a young Mrs Johnstone being courted by a young man, we have one of the recurring musical numbers “Marilyn Monroe”.

As Mrs Johnstone, Rebecca Storm is amazing. She captures both the fun-loving girl who gets trapped into a loveless marriage and the desperate mother who is racked with guilt after being tricked into giving up her child for adoption. She has lost none of the power of her voice and the different versions of “Marilyn Monroe” she sings throughout the evening, showing the changes in her circumstances, are performed with great emotion and subtlety. Her “Tell me it’s not true” at the end of the evening was heart-breaking and sniffling could be heard throughout the auditorium.

We meet the brothers, extrovert Micky (Alexander Patmore) and quieter Eddie (Joel Benedict), at different periods of their lives – as hyperactive seven-year-old boys (nearly eight…as they remind us repeatedly), as teenagers curious about sex and finally as adults both in love with the same girl. At all times they are convincing and engaging with Patmore giving a more nuanced performance as he slips into depression, crushed by the impotent rage he feels at his circumstances.

The narrator (a very impressive Robbie Scotcher), like a Greek chorus, is ever-present on stage, observing and commenting on the actions of these foolish mortals. The constant companion of the brothers, Linda (Danielle Corlass), is always believable as she moves from teasing child to flirting girlfriend to unhappy wife and the villain of the piece Mrs Lyons (Paula Tappenden) captures the desperation and mental fragility of her character.

The staging is simple but effective with the shifts from the underprivileged home of the Johnstones to the more affluent Lyons done fluidly and skilfully. The stage microphones at times caused problems, seeming too powerful for the Bord Gais stage and in the louder ensembles some of the dialogue got lost but this is a minor quibble. A great evening’s entertainment that fully deserved its, by now expected, standing ovation. 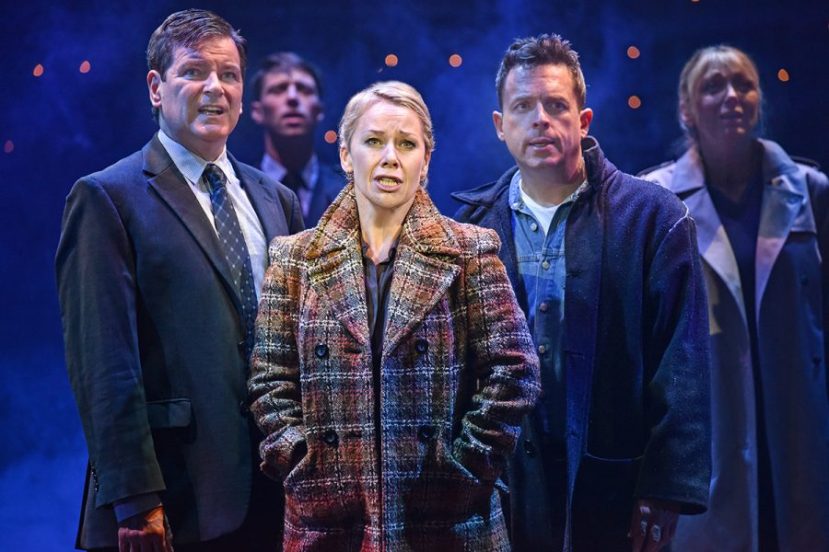