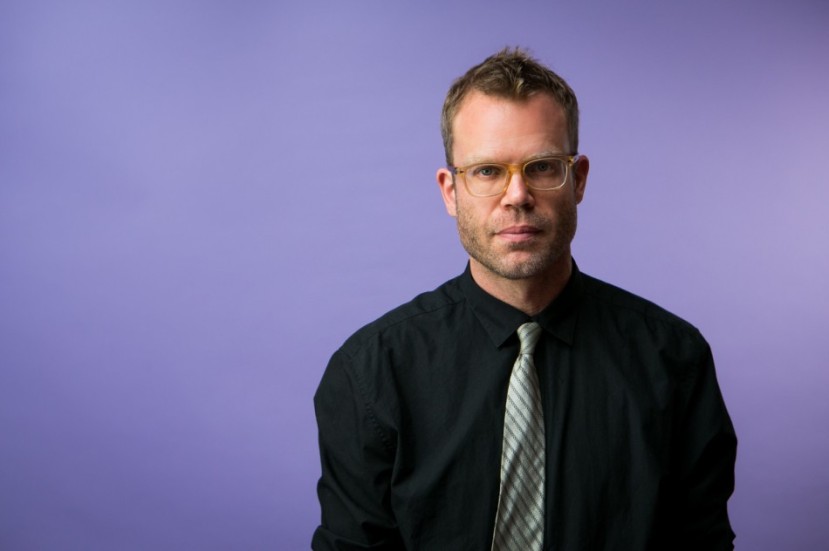 I had a great conversation with Anton Newcombe. He said when people ask him what his favorite new music is, he answers that all music is new.  I hear everything for the first time. I’m obsessed with jazz piano legend Tommy Flanagan. I’ve heard his recordings countless times, but when I hear them it’s in the present, yesterday, and in the future.  Everything Tommy Flanagan plays on is new. So, Tommy Flanagan. Anton Newcombe (The Brian Jonestown Massacre) and Mark Kozelek are the only songwriters that matter now, in the pop idiom at least. I love L’Epee Diabolique.  And the record Mark did with my sister Petra, Joey Always Smiled.  In the Sikh Kirtan genre Bhai Manpreet Singh Kanpuri.  I love the electric podcast You Don’t Know Mojack, which examines every album released on SST, one release per show, in order of catalog number.  New episodes every Sunday.

At risk of sounding like the curmudgeons from The Muppet Show, casting judgement from their theatre balcony seats: it’s terrible.  This decade has not been good for music. It’s getting worse. Just look at the Billboard top ten.  Materialism. No spirituality. No life. 90’s clichés about drugs, name-brand handbags, bitches, and making money.  I float above them. 10 year-olds think Louis Vuitton is cool, and teens think songs without corporate shout-outs in the lyrics isn’t music.  And the so-called alternative picks up their crumbs.

Since retail music first started, by Charles Cros in 1877.  That’s a long time for record company men to dream about the day they could charge money to not only sell their product in stores, but charge money every time the buyer played the songs in the privacy of their own homes.  That day has come. The record companies get paid every time a track is played in your home, or music player where ever you may be. Not just once when an album is purchased at a store, physical or digital. Cros wanted his invention to be in the public domain. Edison wanted to get rich.

I try to listen to live music whenever possible.  Although the record executives have figured out to get paid from that too.  Thanks to the intelligence of artists that hasn’t become too widespread.

Here’s an interesting story.  I recently released a single by my band Spain, a song entitled “夜這い [Night Crawling]”.  It’s inspired by a Japanese movie, and the song has a Japanese title, “夜這い”. So, the proper, correct song title is “夜這い [Night Crawling]”.  When I tried to sell it through my Tunecore account (iTunes, etc), I was told the title would be rejected, since it contains two languages. Do you see where this is going?  I changed the title to simply “Night Crawling”, for the sake of getting the song out there. A day later I received an email. My submission had been rejected because the cover art had two languages.  Per iTunes and Amazon regulations, album covers can’t contain more than one language. I spent a lot of time on that cover. It features an impressionistic photo of me by Nate Pottker, and I pasted the two languages on top in a certain font, and in a certain frame.  Everything was deliberate. And iTunes tells me I can’t post it. You see what’s happening. We live in a time when you can’t have art that consists of more than one language. Art. Nationalism. Racism. English only, or nothing. Japanese only, or nothing. If you don’t like it, go home.  Don’t come here. If you come from a strange land, don’t knock on our door, we won’t let you in. ਦਿਲ ਦੀ ਧੜਕਣ, ਭਰੂਣ, ਰਚਨਾ. ਮਨੁੱਖਜਾਤੀ. ਕੀ ਤੁਸੀਂ ਵੇਖ ਰਹੇ ਹੋ ਕੀ ਹੋ ਰਿਹਾ ਹੈ. ਉਹ ਵਿਭਿੰਨਤਾ ਨਹੀਂ ਚਾਹੁੰਦੇ. ਕੋਈ ਸਿੱਖ ਅੰਗਰੇਜ਼ੀ ਨਹੀਂ. ਸਭ ਕੁਝ ਇਕੋ ਜਿਹਾ ਹੈ, ਇਕੋ ਇਕ ਹੋ ਗਿਆ ਕਿਉਂਕਿ ਅਸੀਂ ਤੁਹਾਡੇ ਤੋਂ ਡਰਦੇ ਹਾਂ. And they want to teach our children this.  Disgusting. I didn’t go ahead with it. I don’t want my money back. You won’t find “夜這い [Night Crawling]” on iTunes, Amazon, or Spotify.

I can’t think of anything ten years ago, but I can thirty-five years ago.  I had no interest in Sonic Youth. This year I’ve discovered Sonic Youth for the first time.  They are geniuses. I went on tour with Steve Shelley, along with Mark Kozelek two years ago. That’s another story.  One of the best times of my life. What a lovely man. Genius drummer and legendary, towering music figure. I’m looking forward to hearing the new solo albums by Thurston Moore and Kim Gordon.  This the year of Sonic gifts for me.

Going along with the theme of thirty-five years ago, yes, I’d say so.  Even more important now.

Things will be much better when my country is back to normal.  When our leaders aren’t lying hypocrites. We have to teach our children right.  We can’t when our president is telling us to punch people we don’t agree with in the face.  That it’s OK to put kids in cages. That it’s OK to disrespect women. To disrespect our friends and allies.  The entire United States is experiencing PTSD.

I have an interesting project that’s on its third year.  My band Spain plays the last Thursday of every month at a little bar in Downtown Los Angeles called The Love Song.  I record every show and post them on the Spain website. We play two sets a night. I have guests join us and it’s a fun time with amazing, insightful, transcendent music that can only happen there.  I don’t want to record albums in the studio any more. I don’t want to listen to music recorded in studios any more. Live music is life. It’s life in the present moment. The present moment is all that matters.  So, with the help of friends I record our songs live and put them out there. I don’t call them live songs anymore. They are just songs, recorded live. That’s another thing. If the song’s recorded live, iTunes requires it to be labelled “live” or they won’t release it.  Yet all music is recorded live, in the present moment. It makes no sense. Listen to live Sikh Kirtan music. If you listen to it enough, you’ll smell incense wherever you go.