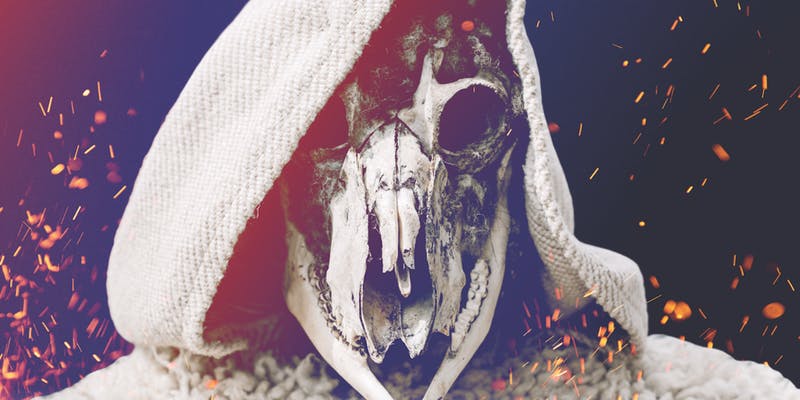 This is a new Irish festival which starts this week! It runs just outside Dublin in three locations; Athboy, Trim and Drogheda.

There are some interesting Irish musicians on display, such as Kormac, Lisa O’Neill, Jerry Fish and David Keenan, but there’s also a multitude of other events. We’d recommend Shadows Of The Tain in Drogheda who explore Irish folklore with tales of Cúchulainn and Queen Medb. There are also circus events, light shows and immersive theatre and a lot of them for free!

Full details on the festival can be found here. Tickets for all events can be bought here.

The Coming of Samhain
Thursday 31 October, 5pm – Fair Green, Athboy. Free but ticketed.
A stunning historical and spiritual celebration in the shadow of The Hill of Ward (Tlachtga); the ancient site from which the light of the new year first emanates.

Samhain Procession
Thursday 31 October, 5.45pm – 7.00pm. Free to join.
Gather on the streets of Trim as dusk falls to join the Spirits’ procession as it weaves its way through the streets to the Púca playground at the Castle.

Arrival of the Spirits
Thursday 31 October – Saturday 2 November, Trim Castle, 7pm onwards. Free but ticketed.
Meet the original spirits of Halloween in this dramatic Festival opener and greet some very special Festival guests into the atmospheric surrounds of Trim Castle.

Púca Light Spectacular
Thursday 31 October – 2 November. Nightly from 6pm. Admission Free.
The grounds at Trim Castle come to life each night with a host of illuminations and interactive interventions – from aerialists and Púca performers to castle projections to laser shows.

Púca Food and Craft Market
Thursday 31 October – 2 November in Trim from 2pm
A wonderful showcase of local producers in the grounds of Trim Castle.

Shadows Of The Tain (Táin Bó Cuailgne)
Thursday 31 October & Friday 1 November, Old Mollies, Drogheda. 8pm. Tickets €15
Immerse yourself in the fight between Ferdiad and Cúchulainn, and join Queen Medb and her Connacht forces as they invade Ulster at Samhain, in a unique re-telling by Candlelit Tales of the Irish Epic, Táin Bó Cuailgne.

David Keenan + Sive
Friday 1 November, Crescent Concert Hall, 8pm. Tickets €20
County Louth’s very own David Keenan is a singer-songwriter whose body of work is steeped in the poetic tradition of old but delivered in such a way that is entirely his own. The eerie and inspiring Sive joins Keenan on the bill with her unique, experimental arrangements.

Lisa O’Neill,
Saturday 2 November, Crescent Concert Hall, 8pm. €15
Lisa O’Neill’s distinctive voice draws you into a surreal world influenced by all that is beautiful and strange in traditional Irish music and beyond.

DROGHEDA de:LUX –
31 October – 2 November, locations to be announced.
Over three nights Drogheda will play host to de:LUX – music and light installations which draw inspiration from tales of Irish folklore and the spirits of Halloween.

The festival programme can be found at www.pucafestival.com