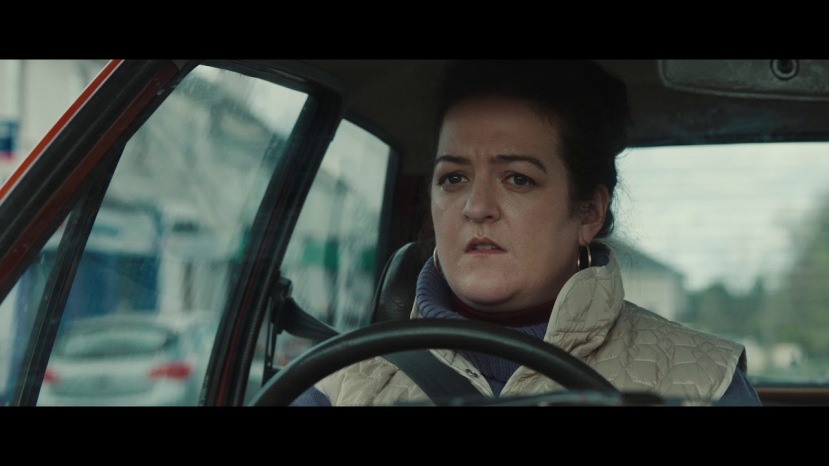 Rose Dooley (Maeve Higgins) is a driving instructor with supernatural powers! Her neighbours request her to use these powers for all sorts of mundane difficulties such as battling with a possessed toaster! In the course of her business she encounters Martin Martin (Barry Ward), and his daughter Sarah (Emma Coleman). He needs Rose’s skills as Christian Winter (Will Forte), a long forgotten pop star whose one hit lurks in the distant past, has cast a spell. Christian lives in a vast Gothic pile which boasts a “For Sale” sign. The twists and turns of the plot are legion with many references to the genre of supernatural films. It all comes together into a tongue in cheek, madcap romp.

There is a grand visual contrast between the tight, modern housing which is the lot of Rose and Martin and the visual magnificence of the Winters’ Gothic pile. The directors exploit this to the full, which changes between these suburban and more impressive locations.

What makes it all work is the rather fine script which was devised by the two directors with additional input by Maeve Higgins and Demian Fox. They have done an impressive job. Both Higgins and Ward are able to make the text sparkle. Higgins makes Rose into a most lovable character and for all the quandaries she gets herself into you find yourself very much on her side. The opposite sensation is generated by Christian who is almost too calculating. His wife Claudia (Claudia O’Doherty) is egocentric and deserves any nasty thing which might befall her.

This is a well put together spoof that takes an unusual view of the world. Sit back and enjoy it!