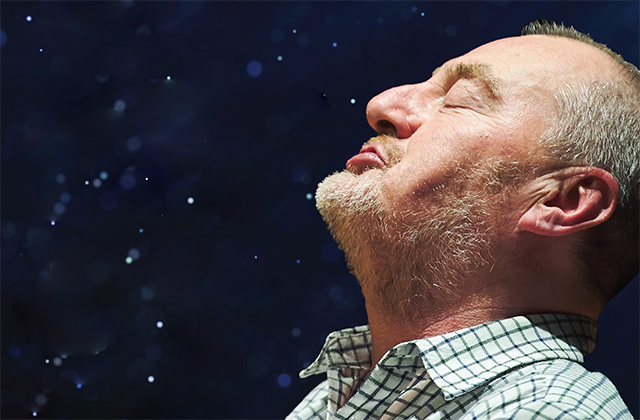 Dan Lonegan is a lonely man living in rural Ireland. We meet him as he is reading the death notices in the local paper. He is planning his week around which funeral he will attend next! He then turns on the radio to hear the latest deaths but the first name he hears is one that troubles him. It’s a local married woman named Sheila and it starts him thinking about his past. The production gives us an insight into this gentle, lonely bachelor as he looks back at his life.

This is a one man show starring Jon Kenny. For those of a younger vintage, Kenny was part of the comedy duo D’Unbelievables along with Pat Shortt. Kenny was diagnosed with Hodgkin’s Disease in 2000, but has since made a full recovery and returned to the limelight, mainly working in theatre with productions such as The Matckmaker (with Mary McAvoy) and now The Crowman. This play was written by Katie Holly and was originally performed as part of the Cork Midsummer Festival in 2018. 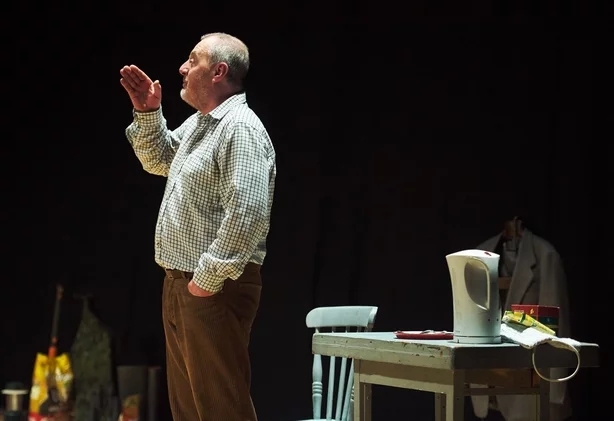 There is a minimal set as you would expect with a touring production. There is a door frame along with a kitchen table and some other simple props. The story relies heavily on Kenny and his ability to draw the audience into Dan Lonegan’s world.

“As a friend of mine said to me a while back, there’s a bit of Dan in all of us. We all want to belong. It’s a human story and Katie captured that.” – Jon Kenny

This is not an epic tale or even one with a particularly wide scope. It is a series of vignettes as Dan remembers pieces of his past. It is a tale of a life lived away from the spotlight by a man who suffers from a crippling shyness. We feel he had the opportunity to get married and have a normal life if he had just taken more chances. The script focuses on the everyday occurrences in rural Ireland. There is a hilarious scene where Kenny tells of the race to make it to the top of the church for communion or a bizarre game based around memorial cards, but there are also moments that are equally poignant, where we see Dan’s isolation and his many missed opportunities. There are scenes at dances, hurling matches and mass and all seem uniquely Irish. While the script does have some great lines, it relies heavily on Kenny giving life to the various characters from around the town. We see a multitude of unusual individuals and hear about Dan’s early years and the traumas that formed him. It’s a play that will resonate with an older audience and it manages to give an insight into an Ireland that is fast disappearing. 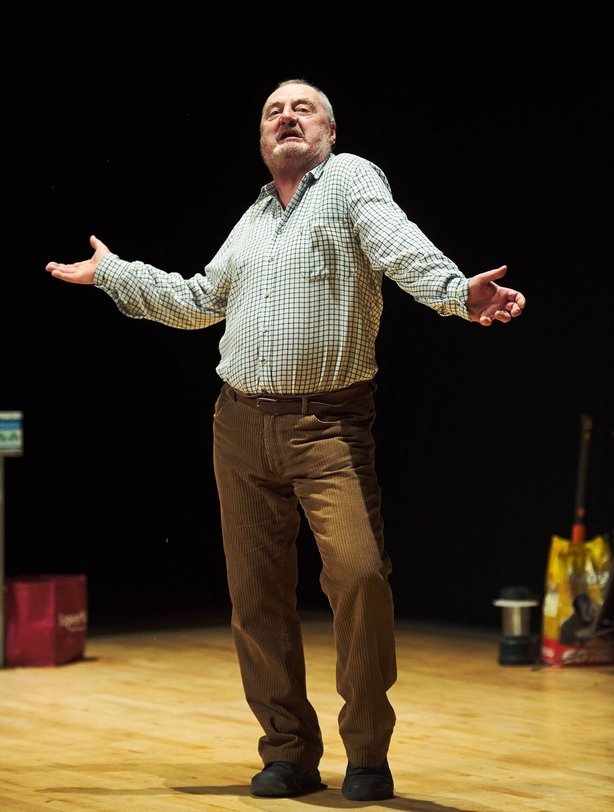