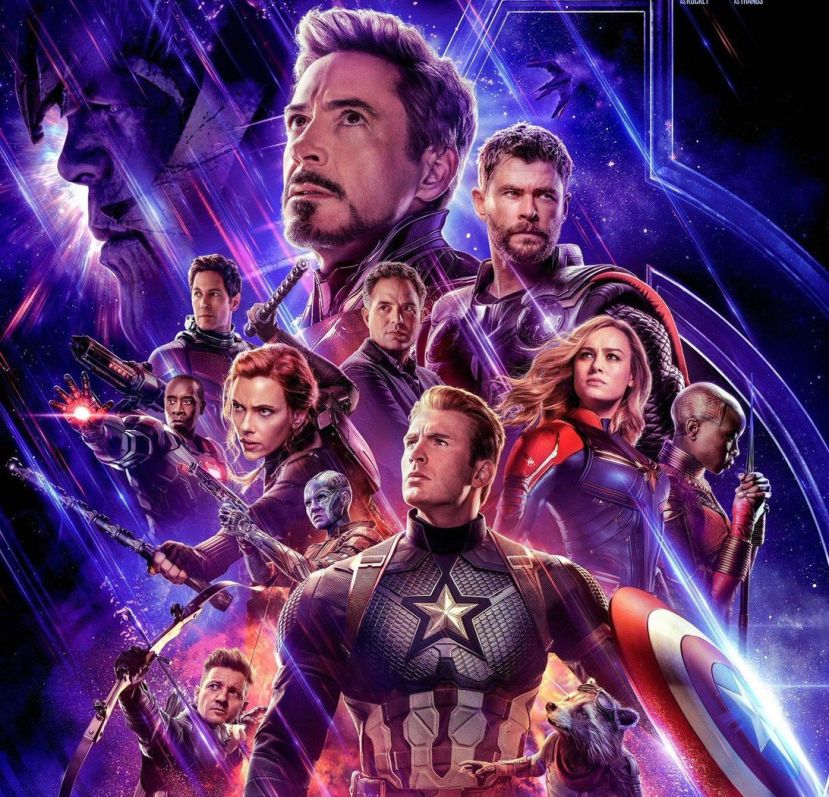 Rarely has a movie been as anticipated as this one. After 11 years and 22 movies, the Marvel Cinematic Universe (MCU) promised to wrap up all their loose ends and also conclude several characters’ journeys in this flick (I won’t say which ones but a quick google search will tell you who has already confirmed that they won’t be back in their roles). With so much ground to cover it’s not surprising that this lasts an astonishing three hours! I’m going to assume that most people are familiar with some or all of the previous movies or this would be the longest review I’ve ever written!

The good news is that it doesn’t really feel like such a lengthy running time (other than for your bladder – lay off the cinema beverages for this one!) Picking up after the events of Infinity War the Avengers are broken and battered. With half of all life on the planet wiped out they feel useless and each of them retreats to deal with the defeat in their own way. Fast forward five years and Scott Lang, aka Antman, finds his way back from the quantum universe he’s been trapped in! Realising that they may be able to harness the quantum power to time travel in order to bring back the disappeared members of the planets population the team once again have purpose and the stage is set for their most epic adventure yet!

And epic this is! Spanning five decades and numerous galaxies Marvel have really thrown everything at this. Where Infinity War was 149 minutes of high octane intergalactic action this is a far more thoughtful affair. The characters are allowed to have proper arcs. While some of their situations are hilarious (future Thor is less God of Thunder and more God of Blubber) others have had a more poignant journey (Black Widow desperately clinging on to The Avengers since it’s the only real family she ever knew). In fact, there is very little “action” for the first half of the movie as the Russo’s allow the story to breath. As the time travel strand kicks off we get even more insight into previous MCU adventures as they encounter their younger selves and we are reminded of their previous encounters.

All the back and forth in time and space just serves to build to the ambitious finale that sees possibly more heroes than have ever assembled on screen come together. Even if you are not a fan of comic book adaptations this battle is pretty impressive. Amazing effects and astonishingly thoughtful fight choreography make this a breathtaking watch. Each character really does get their moment and the irony of the conclusion won’t be lost on anyone who saw Infinity War.

This has a lot of humour and heart and (something I never thought I’d say about a Marvel movie) is very emotional. I defy anyone watching not to well up in parts – especially when it involves established characters that you’re invested in!

In terms of a bug bear I did feel that Captain Marvel was very much shoehorned in! Although introduced in a previous end credit sequence and recently featuring in her own standalone movie she doesn’t have an on-screen history with these characters and her appearance feels somewhat contrived. Also, in the battle scene, there is a moment where all the recognisable female heroes band together (like a super-powered Spice Girls!) but this really feels somewhat tokenistic!

Those two gripes aside this is an absolutely worthy conclusion to the journey that started in 2008 with Iron Man. Those who have followed the story won’t be disappointed and even those who are new to these films will appreciate the sheer scale and storytelling in this. It takes you on a huge emotional rollercoaster and is almost Grecian in its ambition. It ties up every single loose end and leaves you satisfied but also sad that the ride is over. This really does justify the hype (and the budget) and is one of the most entertaining and cathartic movies you’re likely to see.