Q&A with Callum Turner and David Heyman – Fantastic Beasts: The Crimes of Grindelwald 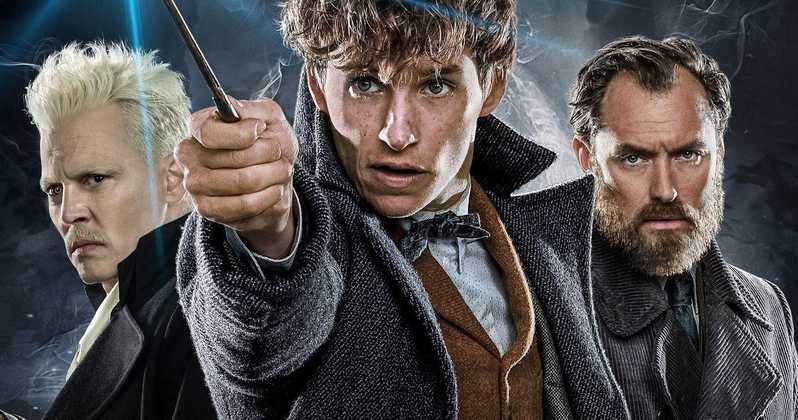 Question – I heard you broke your wand on day one.

CALLUM TURNER:  I did, yeah. Actually, it wasn’t even day one.  It was the screen test. I was very nervous [laughs].

DAVID HEYMAN:  That’s why he got the part [laughs].

CALLUM TURNER:  I thought it was because I looked like Eddie Redmayne, but actually it’s not.  It’s ‘cause I broke my wand [laughs].

Theseus Scamander is quite new to this story, so what did you draw from to develop this character?

CALLUM TURNER:  I had obviously seen the first film, and then I looked at Newt and thought I’d do the complete opposite – because Theseus is the complete opposite.  Even though they’re very similar – and the similarities are through their stubbornness, and being successful, driven and powerful – it wouldn’t make sense if they were the same.  There were little things, like having ankle swingers, I call them, in the costume; that was a nod to being brothers. But then, the writing’s so brilliant and layered and textured that it was awfully free, really.

DAVID HEYMAN:  Callum brings such an authority and an authenticity to the part.  I mean, you really believe that he’s Eddie’s brother and, as he so rightly said, they are opposites and yet are very clearly brothers.  And what he did so brilliantly in his audition – and it’s in Jo’s [J.K. Rowling’s] writing, as well – was that you had a sense that these two people have a history.  So, there is both an affection, but also a little bit of that brotherly or fraternal thing, which I think really comes across. And, you know, Theseus is a Ministry man.  Newt is not a Ministry man. That brotherly love, I think, is one of the heartbeats of the film.

How do their respective relationships with Leta Lestrange [Zoë Kravitz] play into that dynamic, and also into your preparation for the role?

CALLUM TURNER:  Leta and Newt are very similar.  They’re outcasts and slightly different; they’re not accepted, whereas Theseus is – and that’s what drives him, in a sense.  That’s what he can provide for Leta, and vice versa. You know, opposites attract in relationships. Very rarely are two people who are exactly the same in the relationship works; it’s generally the opposite.  People have different qualities. She provides the things that are exciting and otherworldly that he then latches onto.

And with Newt, the thing that drives Theseus actually is love.  It’s very important to him, the brotherly thing. It’s not that he’s the older brother and, ‘You’re going to do what I say.’  There is that element to it, too, but I think the friction really is in Theseus suffocating Newt. Theseus is overprotective of Newt and doesn’t allow him space.  But really that comes out of love. 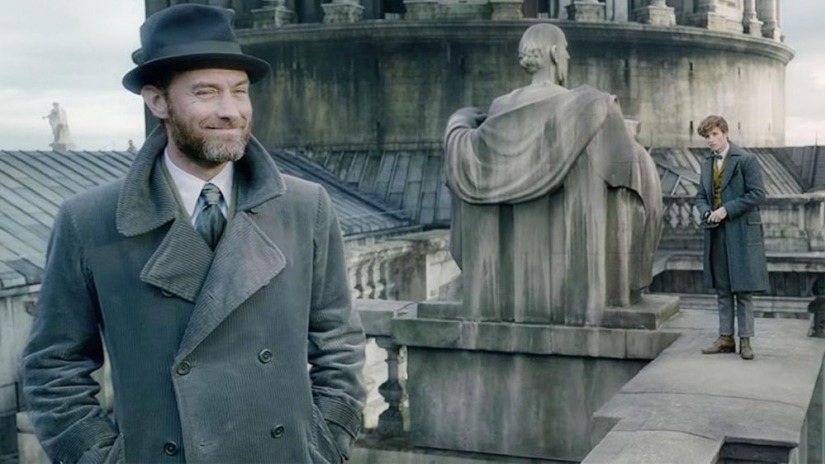 Obviously you want audiences to have fun and be entertained when they see this film, but there are also some underlying themes about choosing a side and taking a stand.  Were those something that you would hope people walk away with as well?

DAVID HEYMAN:  Yes, absolutely.  One of the things I love about Jo’s work – and it goes back to the Potter films too – is that they’re thematically resonant.  I think this film is timely, but it’s also timeless. The position where we find ourselves today is a position we found ourselves in some ways before.  I think one of the lines that Dumbledore says to Harry is, ‘It’s the choices we make that define us.’

DAVID HEYMAN:  And the sacrifices that go with that.  If you look at Jo’s characters, generally, it’s not about the idea that purity is a very rare thing.  You look at Snape, you look at Dumbledore – you may view Snape as a baddie for a long time, but actually you really come to realize why he is as he is.  And he has such incredible qualities. Dumbledore has his demons, which we will explore further. Newt has issues; he’s a wonderful leading character, but he doesn’t really want to engage.  So, one of the things I love about Jo’s characters, throughout all that she has written, is that it’s not black and white. It’s about creating rich and complex characters who have their demons.

And thinking about Theseus, you say he’s a good guy, but he’s such a Ministry man that he’s bought into that view.  He’s a follower in a way. He’s followed the Ministry way to a T. But to give credit also to David Yates – what David has done, I think, is easy to overlook.  I feel that Jo writes these incredible words, creates these incredible characters; we have an incredible cast, which David chooses; he’s the one who auditions and puts forward who he wants, and never once has Jo or anybody questioned that.  We may have had some discussions, but it’s David. And then you look at how he creates moments. You look at how he finds nuance. You look at how he gives actors the space to create and gives moments within the narrative to allow the characters to be.  His little details, some which are invisible, that feel so not self-conscious, they’re just organic and true. I think he’s an astonishing director; he’s comfortable with comedy, but also melancholy. He’s comfortable with ideas and quite complex plots and trying to bring it all together in some unified way.  He’s really very special, and I think we all feel really safe in his hands.

CALLUM TURNER:  Completely. And, for me as an actor coming into this, I was incredibly nervous.  It’s a grand, grand world, and yet, after day one, I was like, ‘Oh wow, this is a normal process; this is like a small independent movie.’  The way that he directs you is kind and generous and subtle and soft.

DAVID HEYMAN:  It’s a true collaboration.  A film is not made by one person.  It’s made by a whole group of people, and, really, it’s a family.

CALLUM TURNER:  It’s you guys. How many films has it been?  This is the sixth film that you guys have done together, so there’s a second hand there that, for me, I trusted completely.  It’s like, I’ll try this or that and hand it over because you know that in six months’ time and ten months’ time, you and David are going to pick the right things and it’s just there.  It’s all for free.