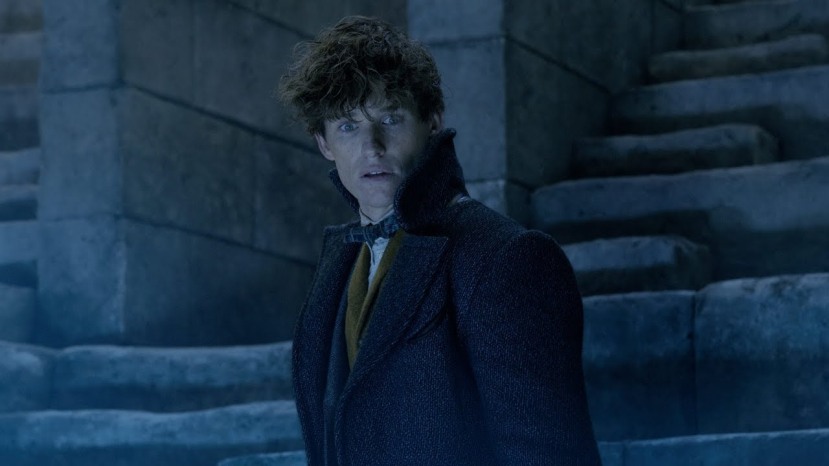 Fantastic Beast: the Crimes of Grindelwald is the latest instalment in the Harry Potter spin off franchise. Focusing on the enigmatic Magi-zoologist Newt Scamander (author of Fantastic Beasts and Where to Find Them), this instalment in the five part franchise picks up directly after the first movie. Grindelwald, the dark wizard, is in prison awaiting trial but even from behind bars his following grows. There is unrest in the Wizarding World and can Newt and his misfit bunch of friend’s stop the rise of the dark wizard and avoid calamity? Who is Credence’s real family? Why is Auror, Tina running around Paris alone and does she still hold a torch for Newt? Is Dumbeldore hiding something about his real connection to Grindelwald? Could there possibly be any more subplots to this already overloaded film? Will any of these questions be fully answered?

The short answer is no because, well, it’s a five part franchise and this is movie number two in the series so if you are expecting a final showdown and great revelations you’re going to have to wait a while. There is no arguing that the detail and charm of JK Rowling’s Wizard World is as strong in this film as it has been in all the previous Harry Potter outings. Sumptuous costumes, truly fantastic beast and an all-star cast do set the film apart. The CGI is faultless and it takes a truly great imagination to build up such a believable world. The only issue is that what the franchise has in imagination it lacks in plot. Like seriously lacks. With the original Harry Potter series, the entire arc of the narrative was mapped out from the first book to the last before a single word was written. In Fantastic Beast: the Crimes of Grindalwald it really feels like the story arc is secondary to trying to throw in as many implausible twists as possible while referencing the original franchise at every opportune moment.

With the introduction of Albus Dumbledore, played wonderfully by Jude Law, those references are becoming more frequent and increasingly strained. A prime example being a brief cameo from Professor McGonagall during a scene at Hogwarts which, if you are a Potter nerd, makes no sense within the world because the film is set in 1927 and Minerva McGonagall wasn’t born until 1935. This is something fans have worked out from the previous books because, yes, they really do care that much. It feels like the new movies are relying far too heavily on the Harry Potter books to prop it up and they have yet to find a way to make the series stand alone as films in their own right. They are simply a poor spin off with no substance and a very big budget.

It’s very disappointing as Eddie Redmayne as Newt Scamander is really wonderful and as a character Newt deserves more than what he is getting. His charm, empathy and love of all creatures marks him out as the perfect hero for our time but the studio is too busy trying to make money by churning out disappointing prequels to give him a real shot. If you’re a fan of Harry Potter there are some cheap thrills here that will keep you amused but if you are a really big fan of Harry Potter, you will leave frustrated and bewildered at JK Rowling’s blatant disregard for the world she has made. The fans deserve better than this and so does Newt and hopefully over the next three films they can give this hero his time to shine.