A Portrait of the Artist as a Young Man | Pavilion Theatre, Dún Laoghaire | 26 Sept-7 Oct

A Portrait of the Artist as a Young Man is James Joyce’s first novel and was published in 1916. It tells the story of Stephen Dedalus, who in some sense was an alter ego of Joyce himself, as the novel started life as an autobiography. It starts with Stephen as a young child and leaves him when he has reached maturity and is starting to find his place in the world. The book deals with religion and we see Stephen battle his inner demons of guilt and repression, alongside his intellectual awakening.

This adaptation is by Arthur Riordan, who previously worked with Rough Magic on productions such as The Train, Peer Gynt and Improbable Frequency. This new work was directed by Ronan Phelan who puts an interesting spin on proceedings with the use of contemporary clothing and music. The production also allowed a number of the cast members to serve their time as Dedalus with both male and female actors playing the part. An Irish football Jersey served as the clothing of our hero, and it was clear throughout who Stephen was by who wore the top!

There are eight cast members who are all of a relatively young vintage. This cast also featured in the other Rough Magic production from earlier this year; A Midsummer Night’s Dream which was performed in Kilkenny. There are many light and interesting touches by the director Ronan Phelan, such as the playful use of music. Contemporary songs such as She (Elvis Costello) and Mary’s Prayer (Danny Wilson) move the production into an age closer to our own.

There is often a difficulty with adaptations of famous novels as the writer fears straying too far from the source material. This issue weighed down this production. Many of the scenes worked well on the page but lack the drama required to be performed on stage. The production is nearly three hours long including the interval and would have been much better served by reducing the number of scenes and therefore the duration. The high point of the production is the strong cast, who put impressive heart and humour into their work. 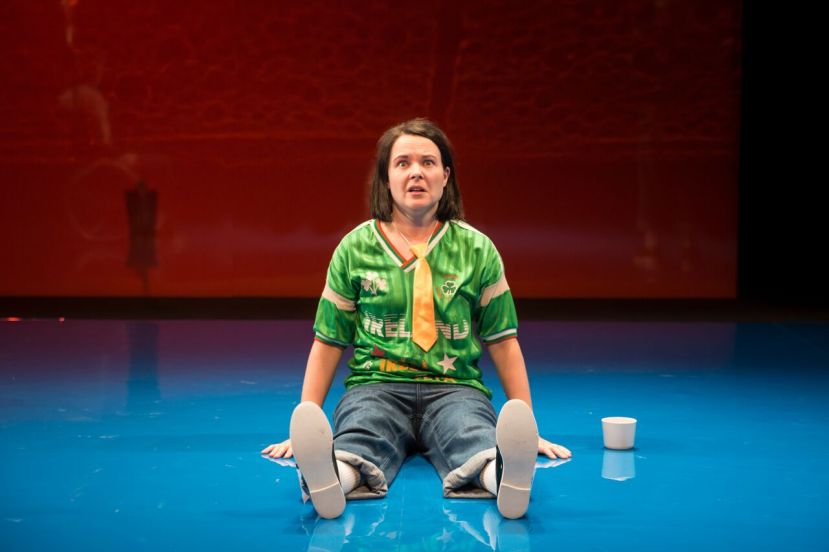