This Is How We Fly – Spiegeltent – Tiger Dublin Fringe Review 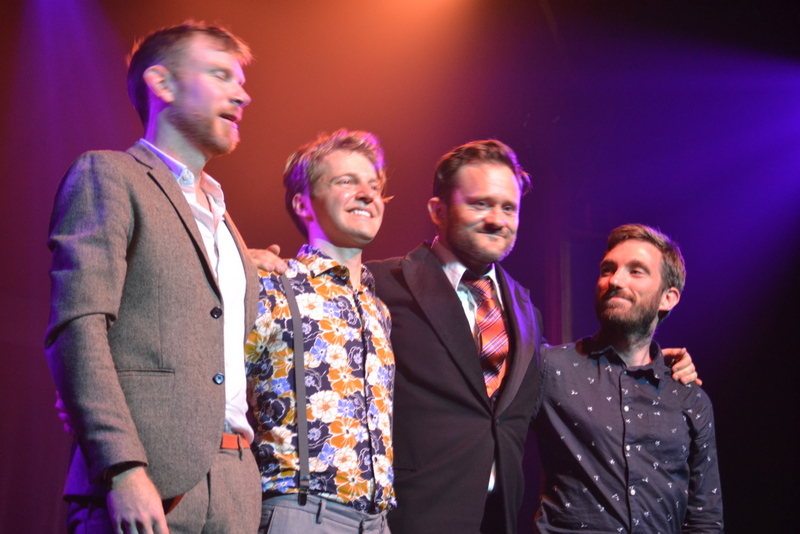 This Is How We Fly – Spiegeltent – Tiger Dublin Fringe Review

This was something of a Birthday party for This Is How We Fly. The band started life due to a conversation between the then artistic director of the Fringe, Rosie Goan and Caoimhín Ó Raghallaigh in 2010. Rosie asked Caoimhín to come up with a band for the festival that sounded completely different from all others, and this collective is the result! Now six years later the band are still together and are going back into the studio to record their second album. This gig served as a taste of what’s to come!

The new songs have a different feel from what went before. They seem less Trad orientated with a variety of different approaches, touching on a gentle Jazz sound. We got to hear the Ginger King or Rua Rí. There was one song with electronic noise improvisation (called Not?) that seemed quite out of place with the rest of the set, but was possibly a work in progress. Foreign Fields also featured, a song inspired by a man who left his homeland never to return!

One of the best new songs was inspired by drummer Petter being given an egg by a member of Wilfredd theatre company at the Fringe Festival. The band were performing beside a production of Farm and a duck produced an Egg on stage during the show! This was offered to Petter, who at the time was carrying out an experiment to only eat food sourced directly from the producer. This unusual happening spawned the song Duck Egg which can be heard below!

This Is How We Fly are one of the most interesting bands to come from Ireland in the last few years. The combination of percussive dance (Nic Gareiss) along with the undoubted skills of Caoimhín Ó Raghallaigh and Seán Mac Erlaine make them quite fascinating to watch. It is always difficult for an audience to hear a set of new music, but in this instance it can be treated as a sneak preview of an album yet to be recorded! They ended the night with a familiar one in ‘What What What’ to send the audience home happy.