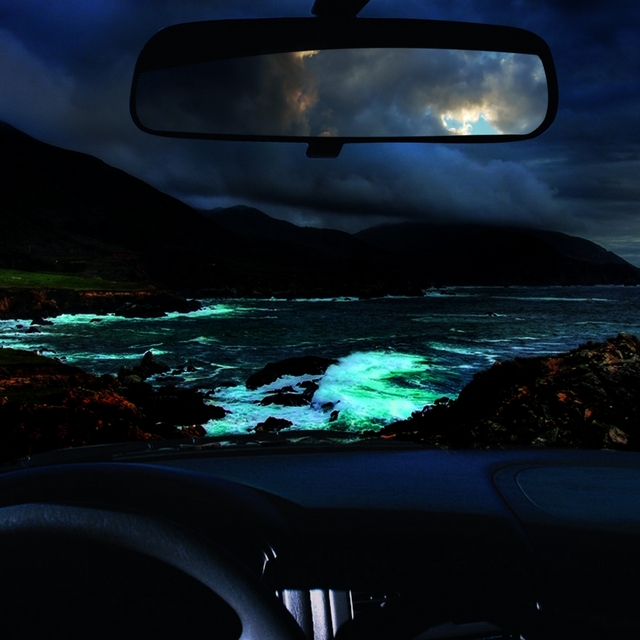 Written and directed by Tracy Martin, Coast in the Project’s Cube Theatre, packs as much theatrical punch into its 80-minute running time as many full-length productions that many of us will have sat through in mainstream theatres.

Ciara Murnane’s set design is a model of economy. A few concrete-coloured boxes with black scumbling instantly evoke shoreline.  An empty beach with receding tide line and a hill somewhere “out there” provide a focal point for actors and audience, as well, perhaps, as a neat theatrical metaphor for the longing, loneliness and isolation of our four characters. It is complemented by a haunting, seemingly ever-present sound of the tide although one wonders why the superfluous keyboard chords over the opening minute – working against the mood being established by everything else.  However, that is but a miniscule quibble in a production that is tight, coherent and served by an excellent cast.

Aoibheann McCann’s Anne Marie is an anxious, isolated young mother of two small children. Voice projection was a problem for the opening minutes, with clipped words and fidgety movements distracting from rather than establishing the character.  However, as she eases into the part, McCann draws us into her head, with occasional hints at what might happen – or might not.  Camille Lucy Ross’s Carol is looking after an elderly mother suffering from advanced dementia.  Emotionally and vocally she is subtle, varied and totally convincing in the role of a carer who is herself on the brink of losing control.

Donncha O’Dea’s performance as Gerry is outstanding. His range is astonishing and his interaction with his (to us invisible) dog is just one of a myriad of details in a memorable performance, culminating in a disintegration that make us wonder just what demons this apparently placid man has been harbouring. There are hints – but no more. The writing and direction withhold as much as they reveal and are all the stronger for it – right to the final, ambivalent curtain line.

The production continues until September 24th and if you see better in this year’s Fringe you will be doing well.