If You Steal – Jason – Review 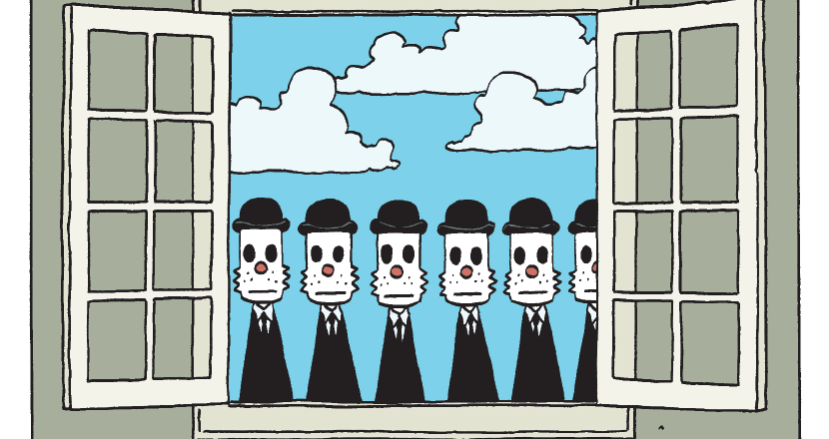 If You Steal – Jason – Book Review

In the short biography at the start of ‘If you Steal’ by Jason we are told that he enjoys films, the work of Magritte and playing chess. All of these feature in this collection of short stories. There are four panels per page, often without any text, making it a very quick read. The animal characters are drawn against simple backgrounds. It a very different experience than your typical graphic novel. There is an ease and simplicity to the minimalist world he creates, and also a calm to it. Everything seems clear and crisp, with nothing out of place. The anthropomorphic characters interact without any sense of race or colour. We are left wonder if they see the world as we do, or whether they carry their own prejudices left unwritten. Are rabbits smarter than ducks? Is a white dog treated different to a black one?

The stories themselves are quite simple, often taken from B-movies, the work of Beckett (Waiting for Bardot) and other such story lines. We get to meet Vampires, giant lizards and assortment of other evil doers. There are tales of robberies that go wrong, hit-men and women and gambling debts. They all feel based in another era, from movies in the 50s and 60s. There are also a collection of covers for unwritten novels and comics, each apparently immersed in a world similar to the other stories. The tales are quite short and often depart before you expect, rushing to a conclusion. The main point of interest in this book is the art, which is simple but very effective, holding the attention of the reader and hinting at a world left unspoken.

Fantagraphics – If You Steal by Jason