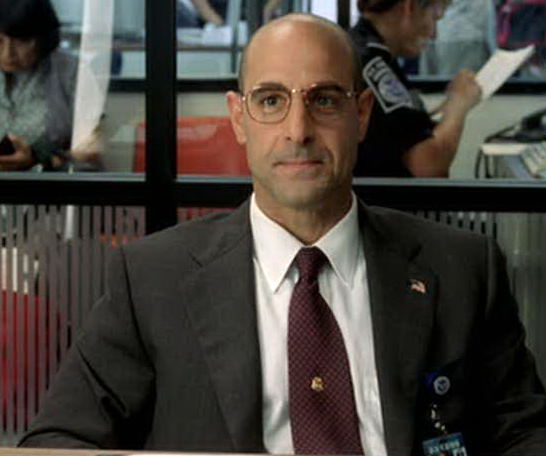 Stanley Tucci is one of those actors who has quietly had an amazing career in Hollywood. Just this week he is the voice of Leonardo Di Vinci in Mr. Peabody, and he seems to be constantly working.  It’s exciting news that he’s planning to visit Dublin as part of the Jameson Dublin International Film Festival 2014 for a Q&A and also to receive the Volta award! Tickets go on sale at 9am today, and I’d expect them to disappear quickly.

Tucci has a long and distinguished career in cinema, theatre and television, resulting in him being one of the most recognisable actors working on screen today having appeared in more than 50 feature films. He earned an Academy Award® nomination, along with Golden Globe, BAFTA, SAG and Broadcast Film Critics nominations for his chilling performance in The Lovely Bones in 2008. Some of his most memorable performances came in a variety of films including The Devil Wears Prada; The Hunger Games; Julie & Julia and Road to Perdition.

Big Night, his first effort as co-director, co-screenwriter and actor on the same film, earned him numerous accolades, including the Waldo Salt Screenwriting Award at the 1996 Sundance Film Festival, a recognition of Excellence by the National Board of Review, an Independent Spirit Award, The Critics Prize at the 1996 Deauville Film Festival and honours from the New York Film Critics and the Boston Society of Film Critics. He also directed and starred in the hypnotic Blind Date and the slapstick comedy The Impostors.

His extensive television work has included iconic shows such as “ER”; “30 Rock” and “Monk”. No stranger to the theatre, Tucci has appeared in numerous plays, including “Frankie & Johnny in the Claire de Lune” for which he received a Tony award nomination; “Execution of Hope”; “The Iceman Cometh”; “Brighton Beach Memoirs” and “The Misanthrope”. In 2008 he earned a 2008 Emmy Award nomination for his guest role as Dr. Moretti on “ER” and, in 2007, his performance on “Monk” received critical attention as well as an Emmy Award in the category of Outstanding Guest Actor in a Comedy Series.

Multi-hyphenate Tucci released his cookbook, The Tucci Cookbook, in October of 2012, where it reached the New York Time Best Sellers List. He serves on the Board of Directors of The Food Bank for New York City and has served as a Creative Advisor at the Sundance Institute Screenwriters and Directors Labs.

The announcement of yet another high-profile guest continues the extraordinary success the Jameson Dublin International Film Festival has had in securing the biggest names in international cinema talent to attend the festival each year. Tucci will attend the Jameson Dublin International Film Festival as a special guest and will be honoured with a Volta Award, an award created by the festival to celebrate individuals who have made a significant contribution to the world of film. The awards are named after the Volta Picture Theatre, Ireland’s first dedicated cinema, established by James Joyce.

The Jameson Dublin International Film Festival runs at venues throughout Dublin from February 13th – 23rd 2014. The jam-packed lineup for the full festival programme includes over 130 films and themed strands, along with a host of special guests and special events.