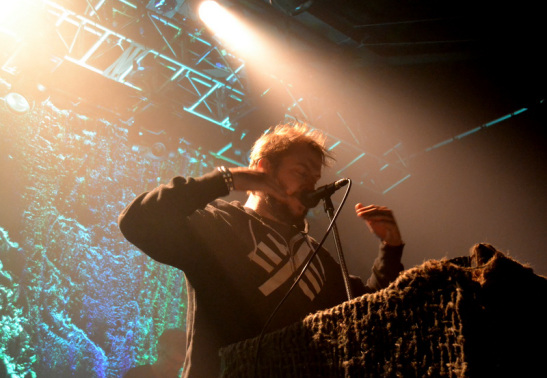 Just in case you missed yesterday’s installment, here is 30-21. So, we’re almost there, see what you think of those included below…

20. Vampire Weekend – Modern Vampires of the City – Yes, they are the band a lot of people love to hate, and their comparison to Paul Simon or a variety of other names is all too obvious. Judge their work on its own merits and you have an album with beautiful melodies, interesting arrangements and the happy vibe they exude. Poptastic!

19. Volcano Choir – Repave – It is funny how seeing someone play live can alter your appreciation of the album. It just makes sense after seeing them perform it live and really adds to your understanding of what they are trying to achieve. Their gig in Vicar street recently was something a bit special, and the album is of obvious quality. I could probably happily listen to Justin singing the phone book. The vibe is quite different than on Bon Iver albums, but they’re impressive musicians, and this is a lovely album.

18. Dodos – Carrier – From our review. It’s hard to listen to this album and not wonder what affect this death had on the band, the second last track is called ‘death’ after all with the refrain “If I took your place, would it hurt”. There are songs that are more sedate than on their previous albums, but it is impossible to say if this is related. The use of almost exclusively electric guitar does differentiate it from Visiter (possibly their finest album), but otherwise it is what the Dodos do best, a lovely combination of drums and guitar, that demands your attention.

17. Grouper – The Man Who Died in His Boat – from our review. Another deeply hypnotic album from Liz Harris (aka Grouper). There is a wonderful consistency of theme here. It will pass you by entirely if you allow it to or you can focus in on it to hear the subtle changes – the different melodies hidden beneath Harris’ usual layers of haziness, distance and nostalgia. It really is a beautiful record that has a great warmth to it despite that sense of distance it creates.

16. The National – Trouble will find me – Do the National need to leave their comfort zone? Is it time for the concept album? The brass band album? It still has a number of great tunes, and they are the indie rock gods of the moment. This year featured their first gig in the O2, Dublin, so they’ve made that jump to stadium rock with ease.

15. Mark Kozelek and Desertshore – This was one of two albums from Mark this year, the second being an unusual album with James LaValle (Perils of the Sea). This is my clear favourite of the two, keeping the guitar base Kozelek is known for. ‘When I was a kid I read the satanic bible, I was bored, got it at the mall in Ohio’. It’s the usual blend of lush vocals, rambling lyrics and beautiful guitar lines.

14. Ghostpoet – Our review is here. ‘Some Say I So I Say Light’ differs from what has gone before in some ways, and shows signs of the success that he has achieved, while the instruments are largely electronic, occasionally it swells with a full orchestral sound, strings and wind instruments. The style is slow and languid, and it’s an album that can easily slip by in the background, but it is worth a closer listen due to the quality in the lyrics (well, he does describe himself as a poet!).

13. Thundercat – Apocalypse – Our review is here. Stephen Bruner aka Thundercat has all the right friends. He’s worked with names such as Erykah Badu and Suicidal Tendencies and has performed live with Snoop Dogg and the Red Hot Chili Pepper. The main thing you’ll notice from the names listed above is that they’re from all corners of the musical spectrum and his own sound defies easy classification, with different track following unusual musical trajectories, varying between jazz, indie, soul and electronica with a moments notice. It’s the type of album that keeps you on your toes and is all the more enjoyable for this excursion.

12. This is how we fly – This is how we fly – This is our review where we coined the phrase ‘post traditional’. Love it! – The much-anticipated self-titled album from This Is How We Fly has been released and it is a joy to behold. TIHWF is a contemporary folk band consisting of Caoimhín Ó Raghallaigh on fiddle & hardanger fiddle, Seán Mac Erlaine on clarinets & live electronics, Nic Gareiss on percussive dance, and Petter Berndalen on drums and percussion. The album mixes upbeat almost “post-traditional” music with quieter more introspective tracks. It really is a marvel when you tune into Gareiss’s percussive dance and separate it from Berndalen’s percussion – they compliment each other perfectly.

11. Phosphorescent – Muchacho – This is the album were Phosphorescent came of age. Even though I liked what went before, this was a progression towards something more substantial, and that’s why it placed as highly as it did. It’s consistent in sound and feels like an album, a cohesive piece of work that can either flutter by in the background or else paid careful attention to. Definitely worth checking out.