When an artist starts that night by saying that tonight will be a retrospective through the last ten years of their career, you know you’re in for a treat, when that artist is the prolific and talented Ane Brun, it’s going to be something special. Vicar street was in lounge mode, with the tables out and bar service in operation. On nights such as these, there’s a cool vibe in the air and everything is good about the place. As a fully seated venue, it’s one of the best venues in Dublin and always adds to an occasion.

Tonbruket played support on the night, they’re an off shoot of the main band, with all four members appearing later with Ane. They’re accomplished musicians in their own right, and created some lovely jazz sounds, with guitar, piano, cello and drums. It was unusual to hear an instrumental band but they won the crowd over easily, which is always difficult for the support on a Saturday night.

Ane Brun danced her way onto the stage in a flowing gown a little after nine. She had an instant rapport with the fans and seemed at ease on stage. She said the most difficult thing about this tour was narrowing down her choice of songs, and after her first attempt to pick the songs, she had ended up with 40!  Her band was an 8 piece on the night, with a variety of instruments such as guitar, cello, keyboard, bass and drums, and the large group of musicians worked well together. ‘There is so much talent on this stage tonight’ Ane announced at one point, and she was not wrong.

To introduce her section of love songs, she suggested that we cosy up to the person beside us, but that we should ask permission first. Wise words from the Norwegian, and stopped this reviewer from ending up in a whole lot of trouble. At the end of the night, the party really started with ‘Do you remember’ as the crowd finally got to their feet for an all out boogie. The encores were a treat with a solo and slowed down version of Big in Japan, and ‘Don’t Leave’ and ‘Undertow’. She’s a talent, of that there’s no doubt, and a natural performer also. 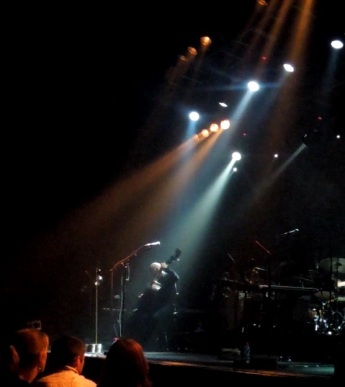 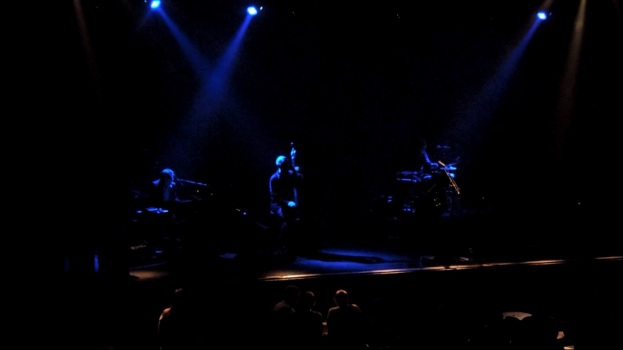 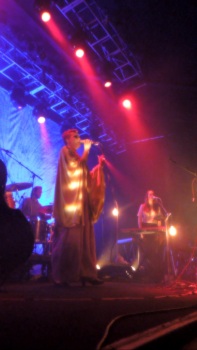