The first day of Dublin’s newest music festival kicked off last night (28-06-13), with a variety of new and interesting bands descending on the capital. It was one of those evenings where the sun had graced us with its presence, and the city seemed to glow and everyone was going around with smiles on their faces.

This is not perfect weather for attracting people into darkened rooms to see new bands perform, but for those that did, it was an interesting evening. The worry with new bands is that you’ll hear something that is under rehearsed as the bands learn their trade on the stage, but that was certainly not the case with any of the bands I saw last night, and it is the type of event that you’ll find a few names worth checking out.

The first band I went to on the night were possibly Juliet’s Rescue in the Mercantile, according to the gig schedule it should have been them, at least. They seemed to be missing their lead singer, but their web site says they’re in the middle of a ‘shake up’ at the moment, so this is possibly a new line up. The band played guitar heavy indie pop, and it’s the sort of music I grew up on, so no complaints from this quarter.

Next up was the short trip across to the Workman’s club to see the end of the set by another Irish Band, The Arcadeans who seemed to be very much enjoying themselves on stage and even got the crowd to sing along with them. It’s always good to see a band beam from ear to ear as they play their music, and it was certainly the case with this crew.

The Joy played in the Grand Social a little earlier than expected, and created an intimate vibe with friendly banter inbetween their indie pop set. They’re a talented band that certainly looked the part, and were one of the finds of evening. The next band was an Israeli rock band called Lego Lepricons (I had to see them because of the name!) who belted out a number of tracks in classic 70’s rock style, with occasional synth/ sampler moments thrown in for good measure. They finished the night by demolishing the drum kit as one of the members fell into it! 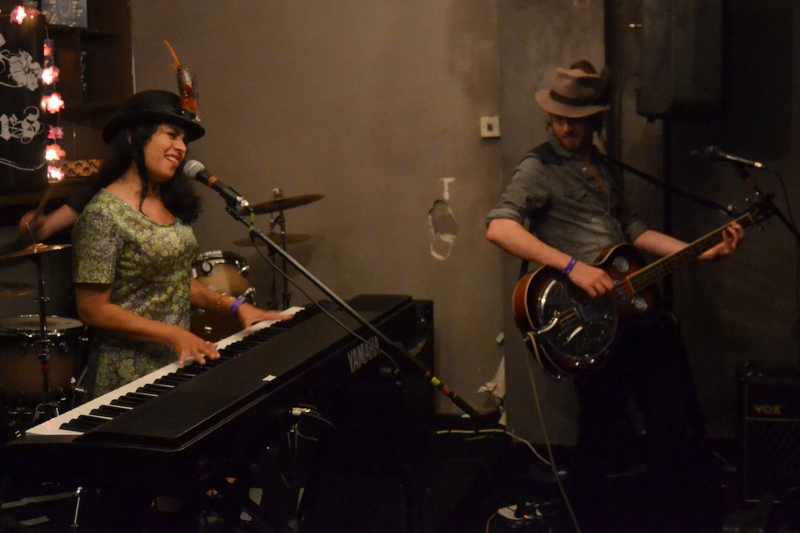 A quick dash back across town later, I saw Simonne and the Dark Stars in the Speakeasy bar. They had a touch of theatre and performance about what they do, and it always adds to it. They are a three piece with drums, bass, piano and vocals and it was an enjoyable set.  After that, I managed to catch the final few moments of Tongue Bundle, who are an Irish band with a jazzy edge to them.

It was a very full night of music, and most of it hit the mark! I’m looking forward to the second night of the festival, and what new names there are to discover. 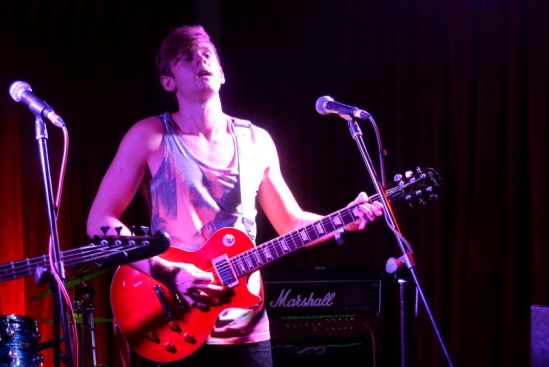 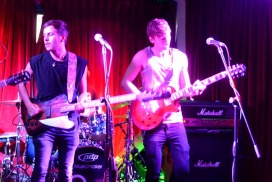 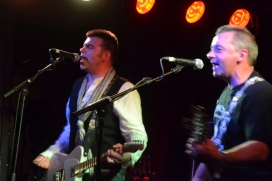 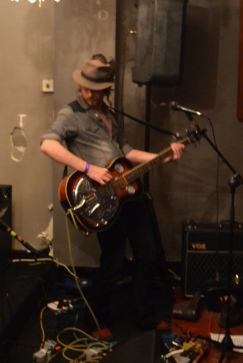 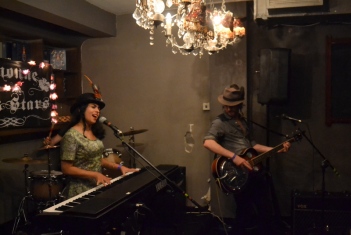 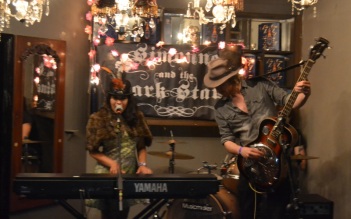 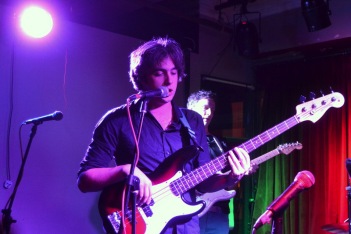 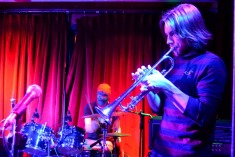