Howie the Rookie is the tale of two men that share the same last name, Lee as in Bruce. Rookie is a pretty boy who is useless in a fight but can charm any lady in the room. The other Howie can’t seem to form a sentence in the presence of a good-looking woman, but knows how to throw a punch! The play is set deep in the heart of Dublin with the 123 bus route featuring prominently. It is a cruel, unforgiving city in which mistakes are punished with beatings and the police are little more than a joke.

The play takes place over a short period of time in which the two main characters collide. At the start of the play Howie is searching for Rookie to beat him up as he has given scabies to some of his friends. This allows Howie to search through the world of the play and see the various people within it. There are some great characters in this piece; Lady boy is a violent thug who once bit a man’s finger off at the knuckle for jabbing it in his face and is rumoured to have three rows of teeth like a shark. The Avalanche is a massive woman who uncontrollably belches and stalks men at urinals for sex. The characters are brash and totally over the top and the piece is largely played for laughs, but with the cruel edge of the underworld. It reminds me of Martin Amis and the world of Keith Talent (London Fields) transposed to Dublin. The language in the play is that of the streets, and there is no compromising for the theatre audience, with swear words used fluidly throughout.

Mark O’Rowe wrote the play in 1999 and it takes the form of two monologues, one from Howie and after the interval one from the Rookie. The play is often performed with two actors, one playing each part, but in this production Tom Vaughan-Lawlor plays both. It is a hugely demanding role as the text is delivered at break neck speed and he never loses a beat in the hour and a half he is on stage. Vaughan-Lawlor is best known for his TV role of Nidge in Love Hate, and he is quickly joining an elite group of Irish actors and becoming a house hold name. The chance to see him on the stage should not be missed and it is a riveting performance that will leave you breathless.

Howie the Rookie runs at the Project Arts Centre until July 6th, and will tour Cork and Galway before ending up in the Edinburgh fringe festival. Full details can be found here. 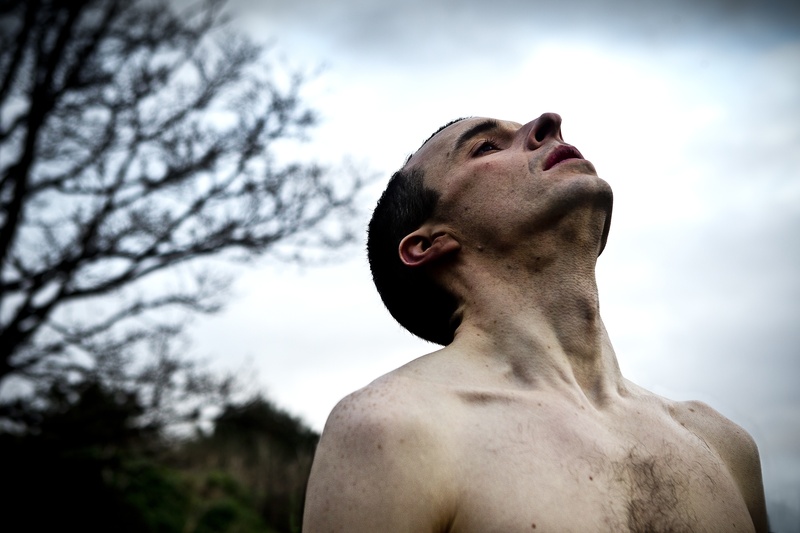