The Theatre Machine turns you on – Vol 3 – Dolls – Review 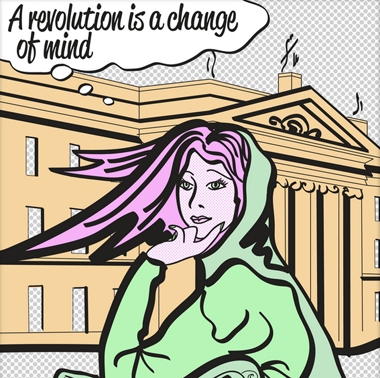 This is a collection of short plays/ theatrical events, 24 in total and all vaguely experimental in nature. Most of the shows only run for one or two nights, so it’s a pretty high turn over of events. It’s taking place in the Project Arts Centre Cube and runs until January 19th (another week!). Dolls was one of the later events, listed as ep’s, starting at 10 pm.

Dolls – This a piece of dance and mime/ lip synch that explores the role of women in society. The five dolls are delivered onto the stage on a trolley, and left in five chairs. They slowly come to life as the music starts with jerky mechanical movement and from there it begins!

The variety of sound bites that play over the music cover a lot of ground from 60’s advertisements for barbie and other kid’s dolls, to child beauty pageants, sex dolls explained by their male owners and a variety of different issues about female identity and that of dolls.

The central theme of the piece is clear, and establishes the role that women are expected to perform in society. This is explored with confidence and intelligence, and keeps the audience on their toes throughout.

Dolls finished last night in the Project, but with this much work going into two performances, it’s likely to return, and comes heavily recommended. It’s a little short in it’s current incarnation, but I’d expect to see an expanded version of it at some stage in the future.