How I found God – Life of Pi 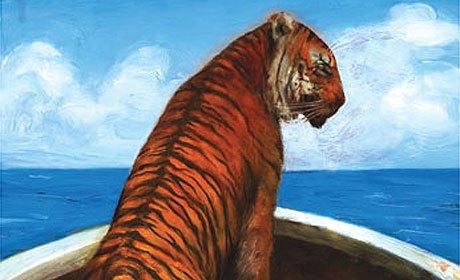 This was originally posted in June 2010, but I thought it was fitting with the release of the new movie! Enjoy…

I was at a party in a flat above Hogans a few years ago, discussing with one of my friends what he was reading in the last few months. He recommended the life of pi by Yann Martel, telling me it was one of the most interesting books on religion and spirituality that he had ever read. My natural response was to take keen interest in what he was saying and ensure I remembered the name, to make certain that I never ended up reading it!

‘Sounds fascinating’ I said when he had finished talking, ‘certainly something to look out for’. Yeah, right, a novel that deals with religion and spirituality, sounds like something the hare krishna’s try to force on you while walking through temple bar.

About a week later I was walking down Nassau street when I saw the people in front of me stepping around something lying on the pavement. When I got a bit further on I realised it was a book, and bent down to pick it up. My first check was the obvious one to see it wasn’t covered in sick or slimed in some other fashion, but it was a perfectly intact copy of the self same life of pi. Images flashed through my mind of my future decision to join the monastery and to leave my normal life behind forever! I picked it up and walked on, slightly worried that i had received my ‘calling’!

The book is a story of a young man lost at sea for 227 days, in a small boat with a Tiger (called Richard Parker). Thankfully, I did not find God lurking amongst its pages!

Yann Martel visited Dublin as part of the dublin’s writers festival and to discuss his new book, ‘Beatrice and Virgil’. It uses a similar conceit of animals to this time tell the story of the Holocaust.

In the talk, he dealt with issues such as trivialising the Holocaust, the use of the allegory to deal with complex issues among many other topics.

He also discussed his web site, ‘What is Stephen Harper reading’. Stephen Harper is the Prime minister of Canada, and Yann sends him a book every month, to try and broaden his horizons! It is his belief that a man in charge of a country should be well read, and therefore able to see the world from many different points of view.  The site is well worth investigating and forms a great reading list, with a short letter that he sent to the Prime minister accompanying each book, discussing what he thinks the reader should get form it.

Beatrice and Virgil is out now, and I will probably read it in the next few months, but maybe I’ll just wait for God to find a way to bring it to me!