See How They Run – Film Review 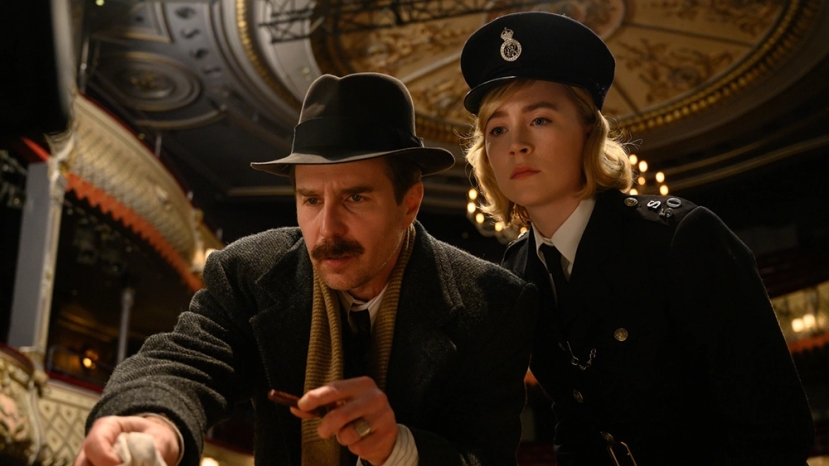 See How They Run – Film Review
by Frank L.

This is a beautifully crafted murder mystery film which manages to contain a great deal of unlikely comedy. It is all set in London in the early nineteen fifties when the making of the film of the Mousetrap becomes deliciously embroiled with the original stage production. Mousetrap, the well-known stage play by Agatha Christie is the longest-running play in the West End, starting in 1952 and still running to this day! Like Knives Out (2019) and the French Dispatch (2021), Mark Chappell’s story populates the tale with a myriad of characters giving director Tom George an opportunity to put together a stellar cast.

George manages to capture the somewhat worn and a little shabby atmosphere of the West End of London in the early nineteen fifties. This period was shortly after the second world war and rationing had only just ceased. This glamorous, slightly down-at-heel atmosphere is highlighted by an American Leo Kopernick (Adrien Brody) who is far more upfront than his British counterparts. The young constable who is employed to assist Inspector Stoppard (Sam Rockwell) in trying to identify the culprit is none other than Constable Stalker (Saoirse Ronan). Stalker is enthusiastic and naive. She is an obsessive note-taker. She also has a habit to say the first thing that comes into her head which she realises is a mistake as soon as she has a moment to reflect. In the making of an unwanted comment and her upwards machinations of apologising immediately afterwards for it, Ronan creates a plethora of comic moments. The murder of Kopernick has all sorts of ramifications for the cast of the Mousetrap which includes Harris Dickinson (Dickie Attenborough) who was apparently in the original casts all those years ago.

Inspector Stoppard is deliciously foot-weary at this stage of his career as he tries to restrain Constable Stalker’s youthful enthusiasm. His superior officer is one Commissioner Harrold Scott (Tim Key) who has the useful ability to fail regularly but through his understanding of the system, be promoted as a result.

George manages to evoke the ambience of London in the early fifties. There is something quaint in seeing a powder blue Morris Minor with the word “Police” on its roof going out on patrol with Stoppard and Stalker ensconced inside. It generates a warming innocence of a more gentle time even if they are investigating a murder.

The cast also includes Ruth Wilson, Charlie Cooper (who as an obsequious usher has some great lines of little use to a detective), Reece Shearsmith, Sian Clifford, Pearl Chanda, David Oyelowo, Lucian Msamati and several more. George directs them all with skill. This film only lasts an hour and thirty-eight minutes so doesn’t overstay its welcome. It is a whodunnit that will bring you on an enthralling roller coaster ride and keep a smile on your face throughout.