Q&A with Nick Makin – Writer – I Poured The Tea 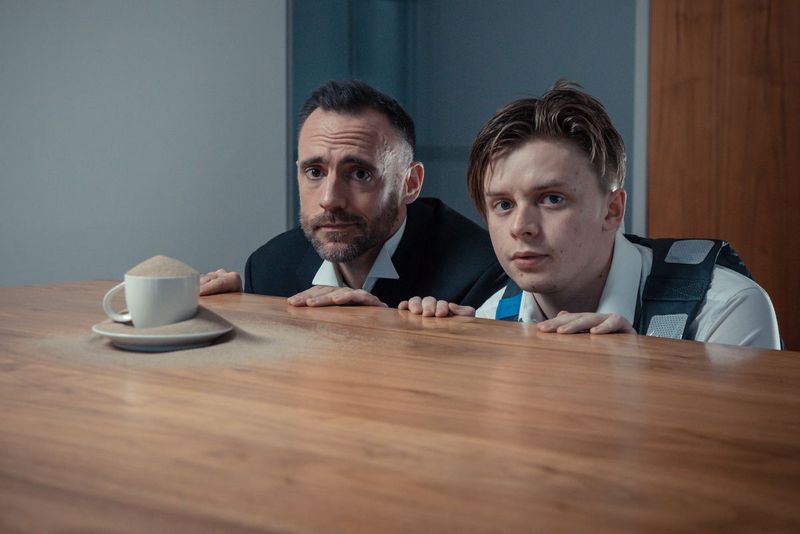 Q&A with Nick Makin – Writer – I Poured The Tea

Seamus and Boxer seem to have it made, on their paid-for holiday in the tropics … until their island starts to feel a bit deserted and rather dangerous. Meanwhile over in the Chairman’s office of an investment bank, Fitzsimons is feeling the heat and seeking to pass the buck, in this fast-moving comedy of the blame game and the financial crisis.

What part of Australia did you grow up in?

Tasmania – the island state.  Initially on the northwest coast but later in Launceston – the only city in the northeast.

Can you tell me a little about your childhood?

I don’t class my childhood as entirely happy.  I never really felt at home in northwest Tasmania.  My family were first-generation immigrants and therefore “different”.  This wasn’t a comfortable or even a safe experience at times.  On the positive side, I had a strong artistic role model in my father who was a very well-known painter and sculptor.  I learned from an early age to place a value on the ability to create and that to not use a creative ability was a tragic waste.

When did you first fall in love with theatre?

In my late teens there were two experiences that were to help shape my current life:

a.  I saw a production of Tom Stoppard’s Rosencrantz and Guildenstern Are Dead.  This was my first experience of absurdist theatre and opened up a whole new world for me of what theatre could be.

b.  At 18 I entered a script – Card Tricks – into the Australian National Junior Playwrights Festival.  This was the best-received piece of the festival.  It was read by professional actors including Max Cullen – a very well-known Australian actor who has appeared in multiple Australian film, television and stage productions.  It also gave me the opportunity to interact with and be mentored by established Australian playwrights including Ron Blair.

You have been working at a renowned Solicitor’s office in Dublin for many years. Is it hard to juggle your hours between rehearsals and the day job?

I work 3-days a week since 2018 for Philip Lee (a solicitors firm) – who are sponsoring I Poured the Tea!.  Reducing my hours from 5 days was something of a renaissance – it gave me the time and more importantly the energy to start writing seriously again.

What writers or playwrights have had the most significant influence on your work?

Can you tell me about your theatre company ‘Fair Dinkum’?

We are a young company of experienced professionals with a multinational flavour.  Whilst we have established Dublin-based Irish actors such as Eoin O’Sullivan, Gerry Cannon and Jason Gilroy on board we also have an American director in Casey Hallahan and an American stage manager in Noelle Killius.  This brings a variety of experiences and approaches which is all to the benefit of the company.

We have large ambitions.  We aim to produce a play a year.  As hopefully, our reputation grows we plan to take our work nationally and internationally.  Our next works will include:

Bojo Gets it Done – a bitingly satirical fast-moving comedy of post-Brexit Britain and the rise of neo-fascism where Bojo and Dom are ecstatic with the possibilities that Brexit and the Covid 19 crisis have opened up for a great man of destiny.

The Devil and Durex – Set in  In a small rural parish in the 1970s and the sexual revolution reaches Ireland – women are empowered and the men are nervous! This play shows the lengths men will go to retain their power and the status quo in this bizarre comedy of inverted roles and expectations.

Maxwell’s (a bit tarnished) Silver Hammer – this fast-moving comedy of power and Beatlemania. The play will explore the relationships between character, role, audience and author.

What can audiences expect from “I poured the tea”?

With an existentially Irish humour I Poured the Tea focuses on the camaraderie, relationships, resilience and depth of friendship of ordinary people as they struggle to survive extraordinary events, not of their making.  At times dark, always funny but ultimately optimistic.  True friendship will win through – no matter the odds!

What type of world does it discuss?

Through an absurdist lens, it explores a world of power, greed and ruthlessness and the impact of this on ordinary people.  It brings to the fore the resilience, comradeship and pure humanity of north siders in the face of overwhelming odds.