“You’re on earth. There’s no cure for that…”

Endgame was first performed in the Royal Court Theatre in London, opening on the 3rd of April, 1957. The unusual thing about this production was that it was performed in French, the language the play was originally written in. It is hard to see such an event occurring today in Brexit Britain, but it seems the 50s were a more cosmopolitan time than many would suggest. The play is one of Beckett’s best-known works and is widely considered a classic. Indeed, it is said to be the playwright’s personal favourite of his own works.

The director of the piece is Danya Taymor, an American director who is based in New York. She is known for directing Pass Over which was later filmed by Spike Lee for Amazon Studios.  Despite her young age, she is already building quite an impressive repertoire of stage productions. 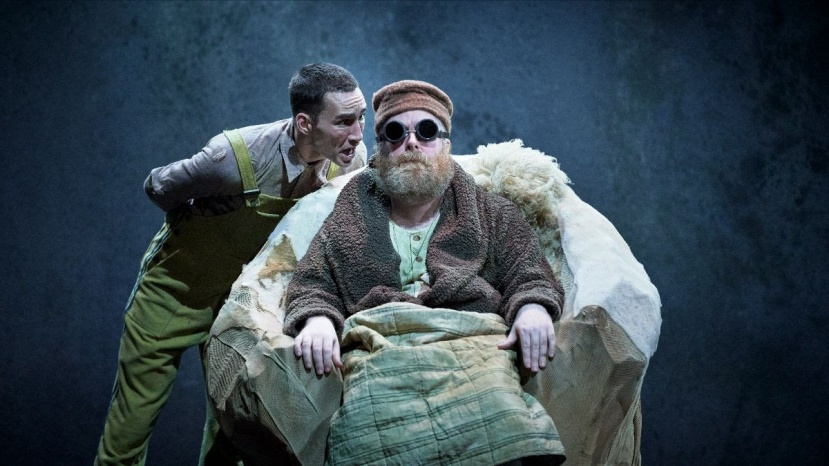 The play has four characters. We are first introduced to Clov (Robert Sheehan), as he prepares the room for his master Hamm (Frankie Boyle) who is asleep in a wheelchair at the front of the stage. There are two dustbins located stage right, in which Hamm’s parents, Nagg (Seán McGinley) and Nell (Gina Moxley), live. All four characters seem to lurk on the edge of death in this desolate room, as the two main characters decide their future.

The set design by Sabine Dargent gives us a murky world of oppressive greys, creating a suitable suffocating mood. The windows are slightly out of reach and the floor raised into a small dome at its centre, making the massive wheelchair difficult to manoeuvre.

For many, this will be a first chance to see this Beckett work on stage, whereas others will have seen a multitude of previous productions. While it is not the most accessible of Beckett’s plays, it is regularly performed on stage with each production having a distinct take. Some productions present us with a battle of wits between the two main protagonists, but in this production, their words seem more spontaneous and less considered or intentionally cruel. While Frankie Boyle is not a trained actor, he does know how to work an audience and hit a punch line, which gives him some gravitas and he does well in the role. The performance of Robert Sheehan was the highlight of the evening, with an impressive physical performance as the hobbled Clov. It is a complex play and this production stays true to the original intent, wallowing in Beckett’s bleak vision of the end of days. 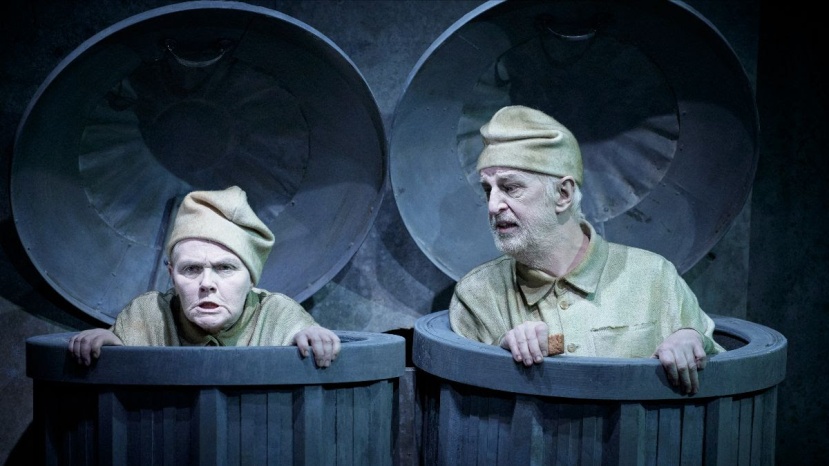