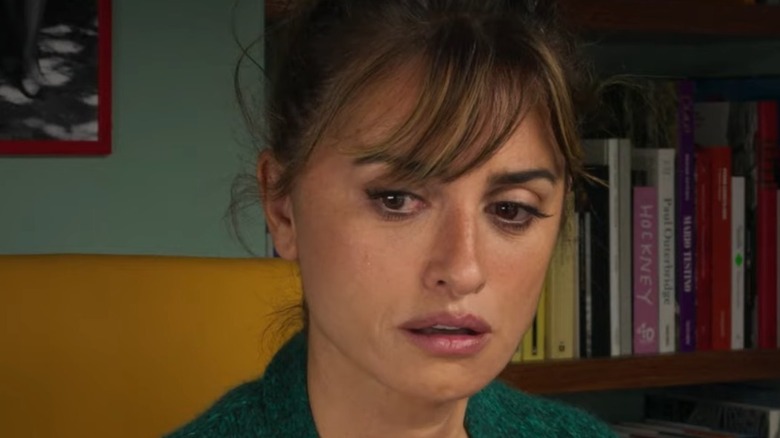 The central story is of two women, one very young, Ana (Milena Smit) a mere teenager who was gang-raped and the other Janis (Penelope Cruz), whose biological clock is ticking towards a close. They meet in the delivery room of a maternity hospital. Janis has become pregnant by a handsome married anthropologist Arturo (Israel Elejalde) whom she had met while carrying out a photographic assignment. In her alternative upbringing, Janis’s mother named her in honour of Janis Joplin.  Ana’s background is more conventional but her mother Teresa (Aitana Sanchez-Gijon) is an actor whose own career is of far more importance than any teenage challenges her daughter Ana might face. Although they stay in touch Ana and Janis gradually drift apart until they meet again by chance and the relationship between the two women becomes more complicated at more than one level.

However, that personal story is only one part of the film. It is bookended by a Spanish historical story namely the fate of many victims of the Spanish civil war who were summarily executed and buried in unmarked mass graves. The intervening years of Franco’s dictatorship had assigned these massacres to an uneasy silence. Janis’s grandfather was a victim of such a massacre and his daughter wants him exhumed so that belatedly he can be buried with dignity. Such an exhumation is a complicated, time consuming and expensive undertaking but it is part of the area of expertise of  Arturo.

Almodovar welds deftly these two very different stories into one. He does so with all his characteristic beautiful interiors and spot-on clothes which add an intensity to the stories. As so often in his films his careful touches of the colour red add an insightful vibrancy to what appears on the screen. As is his wont, the female voice carries the stories. Cruz, an Almodovar standard is perfect in the role of Janis but she is well complemented by Smit as Ana, they make a fine pairing. Elena (Rossy de Palma) is a larger than life editor of a magazine that employs Janis and provides work, sustenance and overall sound wisdom to Janis and her new baby. She positively lights up the screen with her appearances. Elejalde as Arturo is a most attractive character and it is easy to understand how Janis falls for him but he also is the cerebral, professional anthropologist who is at home in the disturbing world of historical exhumations. His is a thoughtful and substantial performance.

The Spanish Civil War was and is of immense historical importance not only in the history of Spain but also of Europe. As Almodovar makes clear its consequences remain extant to this day. The challenges for single motherhood are part of everyday life for many contemporary women. Combining these two disparate phenomena into one film was a brave task. Almodovar succeeds with his characteristic intelligence and artistry. It is a most satisfying film.