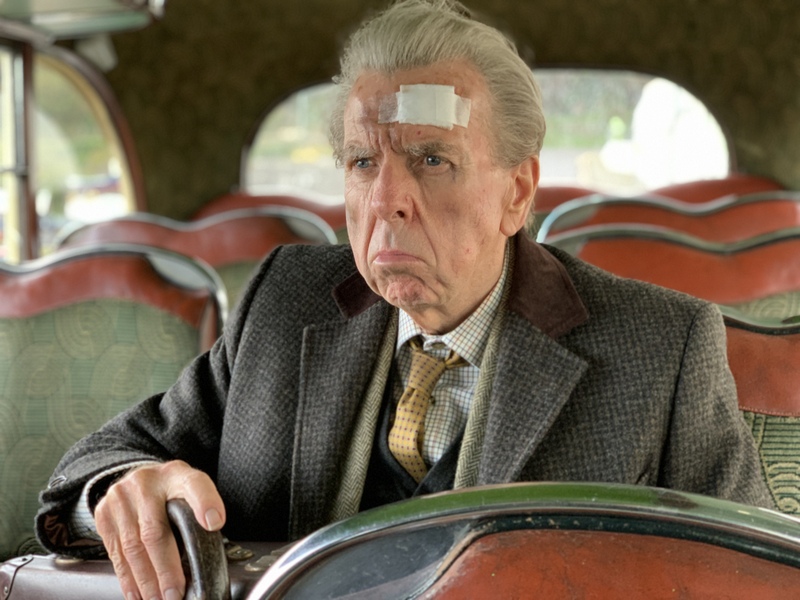 This road movie of sorts follows an unlikely journey across Britain from John o’ Groats to Land’s End, as the subject travels the length of the kingdoms to fulfil a wish to his late wife.  It is a journey by way of reflection on life and death, love and marriage, and the overwhelming legacy of grief and loss.  It is also a reflection, if not intentionally so, on the state of the ‘union’ and the rather disjointed sense of community and belonging that seems to prevail across the lands, at least in the director’s eyes.

Due to some upheaval, the once young and very much in love couple flee their Cornish home and move as far away as they can get, which happens to be the tip of Scotland.  Never returning ‘home’ over the many decades for fear of raking over old wounds it becomes too late to travel, the years just fly by!  But the husband in the most dogged of manners recreates the early 1950s journey in reverse – a difficult task given the changes in transport arrangements alone.  There are elements that, for this viewer, recalled work from decades past.  In Giuseppe Tornatore’s Stanno Tuttie Bene (1990) an aged, and infirm father travels the length of Italy from his native Sicily to revisit his somewhat non-successful children across the Italian peninsula.  As he stops off along the way, a most unlikely traveller, he sees what he wants to see and by turn, we gain an insight into the ordinary day-to-day reality of an Italy far removed from the tourism imagery.  In Abi Morgan’s heart-breaking, but magnificent, play, Love Song the ageing couple interact throughout with their younger selves.  As the near-death wife enters the room the devoted husband still sees her as she once was many, many decades earlier.  And so in this work, it is as if elements of the play and film intermingle.  There is a seamless mixing of past memories with more recent experiences, the young couple of the early days morphing seamlessly into an ageing couple of more recent times and yet, as happens, memories are as crisp and sharp as ever.

There are comic moments, and the blurb would suggest this is a jolly romp throughout.  It is not!  There is perhaps an over milking of the theme of outside ‘foreigner’ being kind, loving and warm-hearted, with the natives rude and racist.  But it is, in fact, more thoughtful and considered, sometimes tragic and upsetting.  In others moments it verges close to the land of the maudlin and sentimental, but managing to correct itself in time largely due to a powerful central performance.  It leaves us with time to reflect.