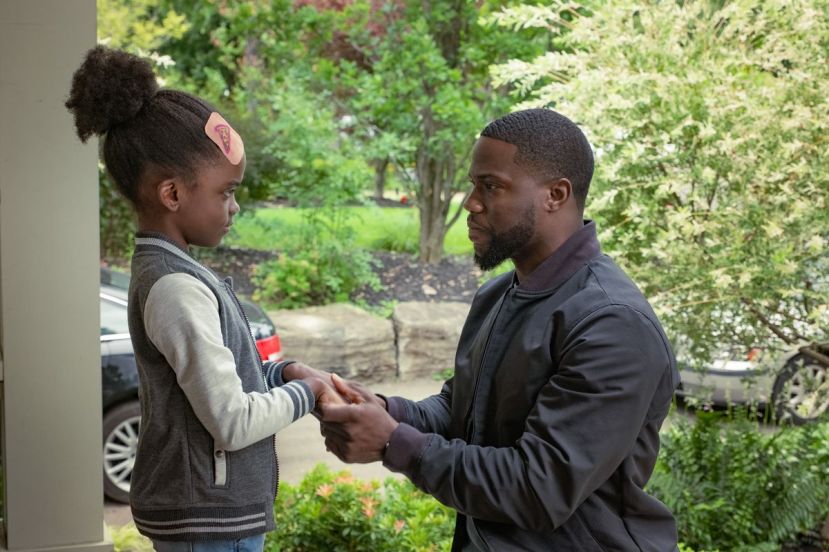 This was originally announced as a vehicle for Channing Tatum before he was replaced by Hart. playing a recently widowed father, Matthew Logelin, who struggles to get to grips with parenthood and do the best for his daughter.

Based on the 2011 memoir Two Kisses for Maddy: A Memoir of Loss and Love by the real-life Matthew Logelin, this sets its tear-jerking stall out early opening with Matthew’s wife’s funeral. The usually comedic Hart is called upon to do some heavy dramatic scenes and he doesn’t always hit the mark with them. While he manages well in the scenes where he is fighting for his child’s rights, when he has to perform more tender scenes he struggles. That said I don’t think Tatum would have done any better in the role.

Thankfully he is supported by a strong ensemble of actors who all manage to elevate this to something more memorable than it would be without them. Woodard in particular is impressive as the mother grieving her daughter who just wants to stay connected to her through her grandchild.

This doesn’t quite hit the mark as a big emotional drama. The story always feels rather small and insular and I couldn’t help comparing it to other movies featuring single fathers that have done this so much better such as Kramer vs Kramer. It always feels a bit too neat rather than messy and chaotic as real life should be.