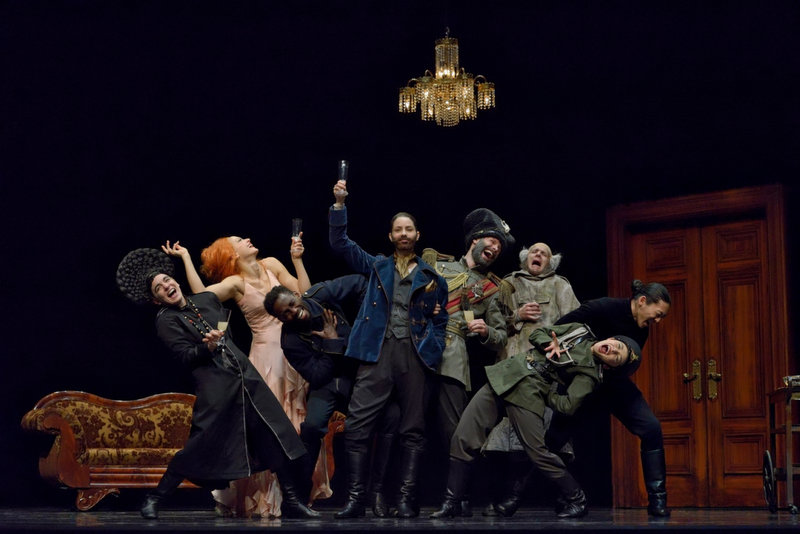 Some good news today with the return of the Dublin Dance Festival. As you would expect, most of the events are virtual but at least you can watch some exciting productions from the comfort of your own home! The festival has a series of performances, along with documentaries, talks and workshops, so something for everyone.
They also have the return of the creators of Betroffenheit, the Olivier Award-winning production which blew our minds way back in 2016 in the O’Reilly Hall. Their new production is called Revisor and is available to watch from Thurs 20 May.

Dublin Dance Festival are back with a Summer Edition of fresh, daring and courageous dance online 18th-30th May, with new and pioneering performances from trailblazing artists from Ireland and around the world; glimpses behind the scenes; and moments for families, friends, artists and communities to connect, move and play.

Among the highlights of the DDF Summer 2021 Edition will be opportunities to view extraordinary new works by ground-breaking Irish and international artists.

DĒMOS – Films of separation and togetherness (2021) from Liz Roche Company / Crash Ensemble (Ireland) brings together superb dancers and musicians to pose urgent questions of how to feel together in a time when togetherness feels fractured. This suite of interconnected shorts, filmed on the Abbey Stage in collaboration with filmmaker José Miguel Jiménez, is part of a new collaborative project between choreographer Liz Roche and composer David Coonan, commissioned by Dublin Dance Festival and the Abbey Theatre in partnership with Crash Ensemble and New Music Dublin, which culminates in a live performance later this year. Used to denote a ‘district’ or ‘land’ as well as ‘the people’ within, the Ancient Greek term dēmos connotes a complex sense of connection between bodies in a shared space, a fluid state of harmony and disharmony.

Revisor (2019/20) is the latest critically acclaimed dance-theatre production from Crystal Pite & Jonathon Young / Kidd Pivot (Canada), the creators of the Olivier Award-winning Betroffenheit, which stunned audiences at its European premiere at the 2016 Dublin Dance Festival. For this exhilarating hybrid of theatre and dance, Pite and Young take as their inspiration the archetypal comic plot of Nikolai Gogol’s The Government Inspector, with ten astounding dancers embodying the recorded dialogue of some of Canada’s finest actors in an exploration of conflict, comedy and corruption.

Lyon Opera Ballet (France) presents the outstanding Triple Bill: Jan Martens, Ioannis Mandafounis, Alessandro Sciarroni (2020/21), with recent choreographies which offer a window into the mastery, versatility and daring that are so intrinsically part of Lyon Opera Ballet’s work. Choreographers Jan Martens and Ioannis Mandafounis present new solo works custom-made for dancers of the company, while Alessandro Sciarroni presents a mesmerising ensemble piece, inspired by Tyrolean folk dance and testing the physical endurance of the dancers to create a series of breathtaking choreographic patterns.

dyad (2021) is a new duet created by Justine Doswell (Ireland), framed in the magnificent surroundings of Dublin’s Saint Patrick’s Cathedral. This evocative work reflects on the qualities of a woman whose faith and body served as a connection between the human and the divine: Mary / Maryam, a woman chosen among all women, revered in both Christianity and Islam.