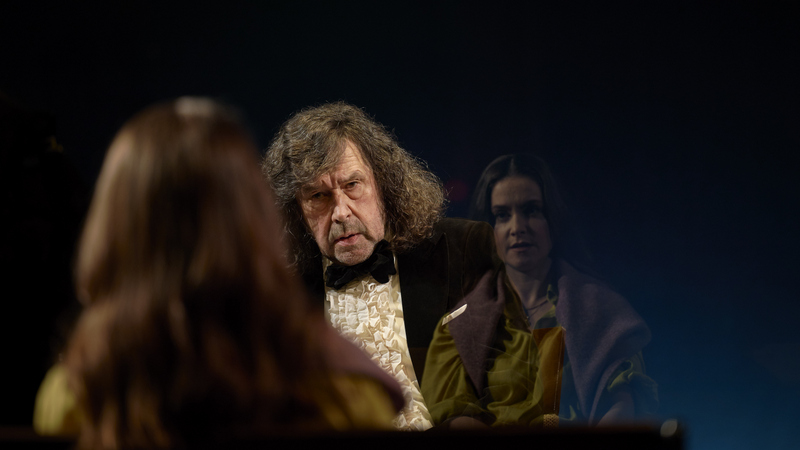 When you hear the topic of The Visiting Hour, you may assume it is a play ‘of our times’. The story deals with a young woman visiting her father in a nursing home, and you could be forgiven for jumping to the conclusion it deals with our present predicament. The powers that be tell us “Let’s keep it together by staying apart” and while there is sound medical advice behind such directives, it is extremely difficult for those who live in isolation, such as the older generation that are separated from their loved ones in nursing homes around the country. This play, however, takes us in an unexpected direction. While the pandemic is discussed in passing, it is never mentioned by name and does not form a major part of the plot. Instead, we get to see a daughter dealing with her father who is slowly drifting into the fog of dementia. His mind lurches in and out of gear, sometimes heading into flights of fancy and at other times, forgetting who his daughter is altogether.

The play has a strong cast with Stephen Rea playing the role of the elderly man. Rea is known to many for his work in films such as The Crying Game and Breakfast on Pluto, but he has a long history in the theatre dating back to Field Day, a company he started in 1980 with Tom Paulin, Brian Friel, Seamus Heaney and Seamus Deane. Judith Roddy plays his daughter. She is mainly known to Irish audiences for her work with Pan Pan theatre company, but she has also performed in Translations and The Plough and the Stars in the National Theatre, London in recent times. The play is directed by Caitríona McLaughlin, who was recently confirmed as the Artistic Director of the Abbey. 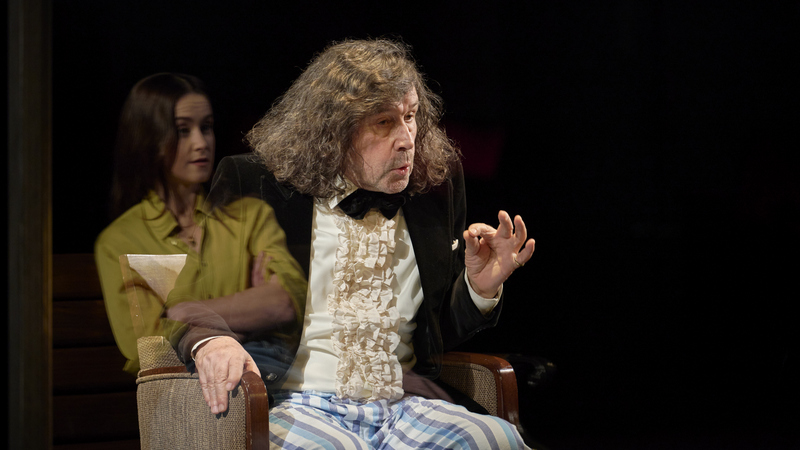 Frank McGuinness is the writer of the piece and he is something of an elder statesman of Irish theatre at this point. McGuinness is known for work such as Observe the Sons of Ulster Marching Towards the Somme and Someone Who’ll Watch Over Me.

This is the first virtual performance from the Gate Theatre and it is a live broadcast direct from the theatre itself. The two actors are on stage throughout with a pane of glass separating the father and daughter. This allows the camera to pick up a myriad of reflections from various angles. The only other character in the piece is the disembodied voice that comes over a speaker, reminding visitors to observe the time limit for their visit.

Stephen Rea sits resplendent in his dinner jacket, ruffled shirt and pyjama bottoms, holding the attention of the audience throughout with his constantly changing view of reality. He reminisces on Camay soap, Katie Boyle, the Beverly sisters and a variety of other people and objects from his past. At other times he seems to lose touch with reality, including his supposed second place finish in the Eurovision! There is a lightness of touch from Rea that is constantly engaging but you can see the affect it is has on his daughter, who struggles to deal with his rambling stories. Roddy’s role requires a lot of subtle changes in temperament, in some moments she plays along with her father singing and joking, whereas other times she is close to tears. It is a piece that captures the whimsy and tragedy of such an illness. 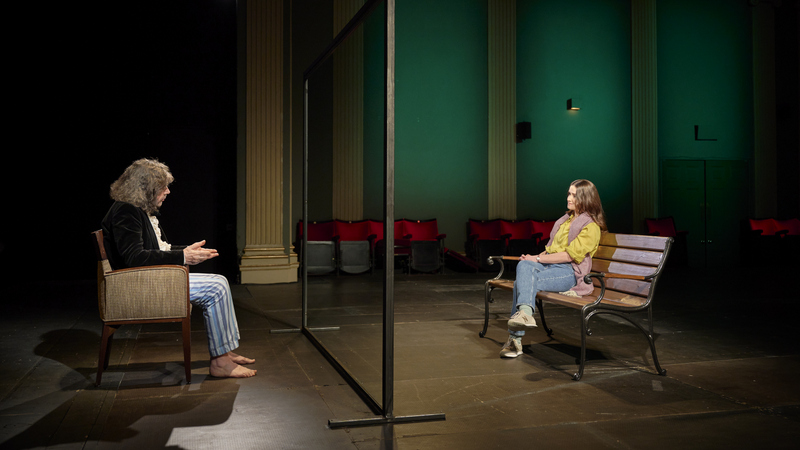