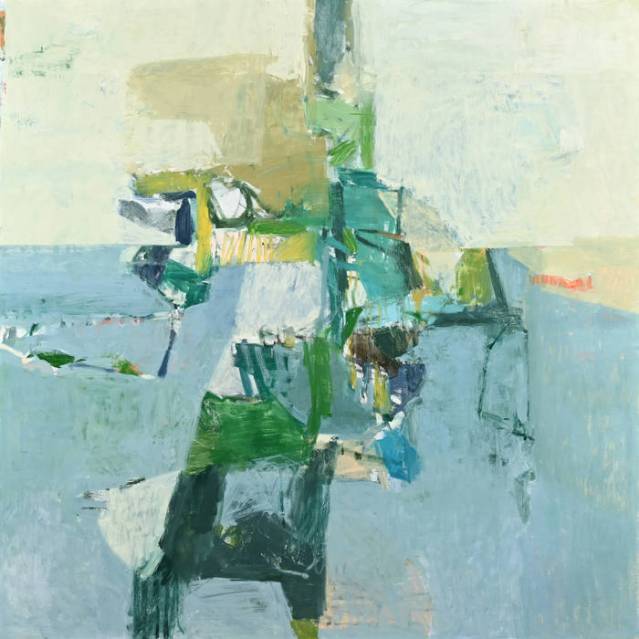 No More Workhorse caught up with Ryley Walker to talk about his new album, life and his love of Zaytoon kebabs!

Genesis is a key influence on the album, is that right?

Oh yeah, and just life in general.  I’m a big fan.  Genesis was the biggest one, and there’s corny British prog like Gentle Giant, definitely a lot of Thinking Fellers Union Local 282, a San Francisco noise rock band, I love them.  They’re kind of like the Residents and Pavement combined.  They have this west coast indie rock thing but they’re also super weird, they have noise in between all their songs.  Bands like Red Krayola, Gast del Sol, any left of centre stuff that was on Drag City, or Thrill Jockey.  That’s the Chicago sound of the 90s.

I’m on a very high dose of antidepressants and mood-stabilisers, I guess that has something to do with my general outlook day to day.  I read a lot of non-fiction, poetry, sometimes my brain just can’t comprehend fiction.  So I read a lot books about local history.  When I moved to New York, I bought a stack of books that were like, the history of Chinatown, the history of the Polish population there.  Stuff like that fascinates me, the movement of people, especially East Coast America at the turn of the century, all your ancestors who came over here!  I walk around Hell’s Kitchen, the famous Irish neighbourhood of New York, and I read books about that.  Loving and walking around New York, it’s a great multicultural place with different food, you hear a new language on every block, it’s cool.

You’re happy with the album?

Yeah!  Mostly because the turnaround was so quick.  Usually I sit on a record.  When you’re on a label that has money and a PR cycle, I’m not bashing it by any means, you usually have to sit on a record for two years.  That drives me crazy.  It’s torture!  What if this record sucks?  So I’m glad this is more immediate, it helps with my anxiety.  But that’s my problem, it’s my shit, it’s not anybody else’s.

You have your own label now?

Yes – Husky Pants Records.  So far it’s just music that I’ve played on and other collaborators.  I did put out my friend’s band Whisker, a weird noise band.  I have plans to put out a few more bands this year.  It’s really small though, I can’t break anybody or make a career, it’s kind of like a punk rock, for the love of music thing.  It’s going well, my expectations are real.  So far it’s been sustainable, I haven’t begun to resent it yet so I’m really grateful for it.

You put out a collaboration with Kikakagu Moyo earlier this year, isn’t that right?

A band from Tokyo.  I had known their music for years.  They’re kind of in the same vein as me, especially live, it’s like drony, psych folk stuff.  I played that festival in the Netherlands, Le Guess Who?  They wanted to do something special, pick an artist and collaborate live with them, do a longform improvisational sort of thing.  It was a natural thing an easy selection, they’re in the same ballpark so we got together, we rehearsed for a day, got ideas and comfortable with each other.  It worked out pretty great.  We recorded a live set two or three days later.  I had the multitrack recordings and I sent them around to some labels.  This was the impetus to start my own label cos I’d sent it around and plenty of people were like “yeah, this is cool but we don’t have the time or money”.  So I was like “why am I even emailing people when I could do this and not have to talk to anybody”.  Isn’t the whole point as an artist to just do whatever?  Obviously this takes money so I sold a bunch of my shit and invested in pressing records.  They’re a really popular band.  I’m just the other name on the record.  They’re massively successful with good reason.  The record sold really well, it did great.  Once that started selling really well I thought, I’m never gonna ask anybody again, I’m just gonna do this shit on my own, I can make it happen.

Do you miss playing live?

Not much as I thought I did at the beginning.  I feel terrible for everybody else, the world at large.  People have lost their livelihoods and it’s terrible.  I live pretty meagrely and don’t need much.  I don’t have a family or a mortgage or anything.  I set my life up to be where I don’t need much.  I’m kind of glad to be at home now and have some time off.  I’m lucky to have travelled to so many places so many times, and I think I just need a little horizontal action in my life.  A stasis of being bored, it’s been ok for me.

I did a couple of online gigs and they were fun, I made a few bucks which was really kind, but I don’t think I’ll do any more.  That door’s kind of closed for me, I suck at them.  I need an audience.  It’s tough for me personally.  It’s hard to justify.  I know people want to support, and that’s awesome, but I feel bad.  It’s like, “pay $10 to watch me suck, on your phone!”

Do you listen to other people’s music much?

Definitely.  I collect a lot of records and CDs and tapes.  I listen to shitloads of new music every day as often as I can.  The best record I heard in the last year is that Imaginational Anthem, that’s kind of been my soundtrack.

What else do you do, besides music?

I watch a lot of movies, I walk a lot with my girlfriend, we take really long walks which are great, healthy for the mind and body.  Overall I just lay low right now.  I get a few hundred bucks a week from the government right now so I’m just being a bum.

Do you have much interest in Ireland and Irish music?

I’ve been to Ireland a bunch, I’ve been all over your country, I really love it there.  At the risk of sounding like a stereotypical Irish-American, it’s home.  It feels good to go there, I love Dublin, Cork and Galway, those are the places I’ve been to the most.  Galway in particular is a special place, it’s really pretty.

I don’t know much about Irish trad music or anything but as far as the classic sixties rock bands, absolutely.  I’m a huge fan of Taste and Rory Gallagher, all that sort of stuff.  I love being over there so much, driving around the countryside is amazing, I can’t wait to get back there.  I love Aer Lingus, great airline!

What’s next for Ryley Walker?

I don’t have any new songs, but I have a couple of free jazz and noise records I’ve been working on with a few people that will hopefully come out later this year.  I’m sitting on a few musical projects, that’s keeping me busy for now.

I’m at the mercy of the American government and the world at large.  So I’m staying put for now, I’m pretty cool with that.  Maybe later this year work on some new songs.  Once touring comes back, I’m not going to force that.  When it happens, it happens, I’ll take it as comes.  For now I’m just hanging out and trying not to get fat as fuck!