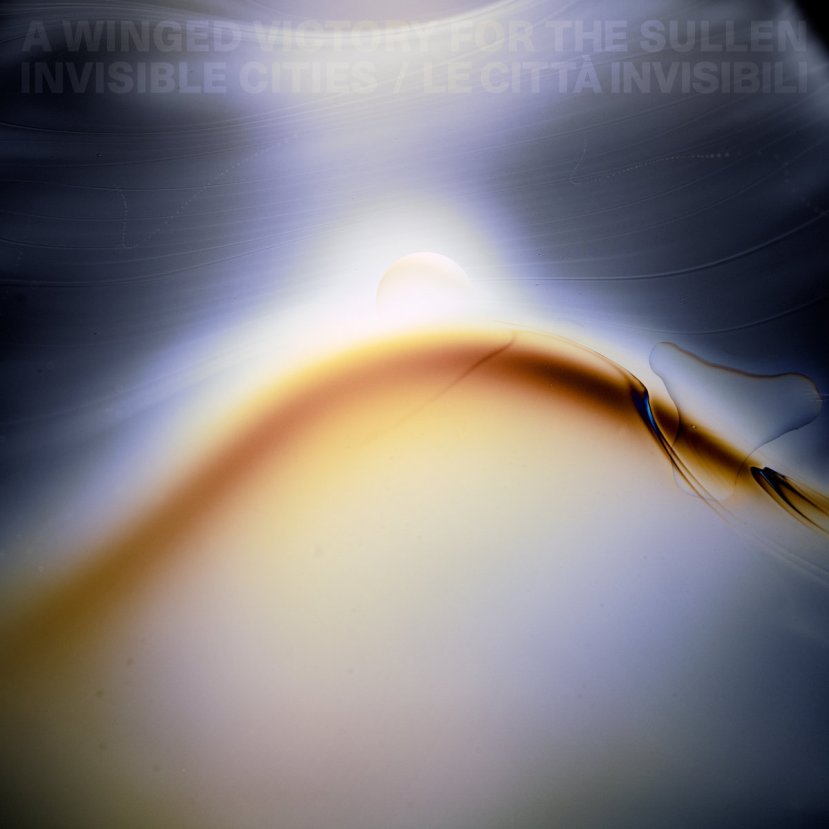 A stately drift from A Winged Victory For The Sullen is always a good way to start the year.  This one is a soundtrack for a stage adaptation of an Italo Calvino novel.  Opener So That The City Can Begin To Exist opens icily, with a sparse arrangement and portentous piano.  It’s as good a piece as they’ve ever done, and it’s followed up by the ominous The Celestial City.  There are plenty of zen moments such as Every Solstice Equinox where a conventional melody threatens to creep out.  Highlights include the piano-led The Divided City, the exquisite strings of Only Strings And Their Supports Remain and the beautiful, wintry The Merchants Of Seven Nations.

It’s not all lush, enveloping textures we get scratchy static on the superb, soaring The Dead Outnumber The Living, freaky flapping on Thirteenth Century Travelogue, and There Is One Of Which You Never Speak descends into utter noise after two and a half minutes.  Desires Are Already Memories opens with choirs of angels, like something you might hear in church and final track Total Perspective Vortex is almost an incursion into Mogwai territory.

This stuff is sometimes dismissed as background music, but that’s far from the case here, this is best played at high volumes.  It’s another great album from Dustin O’Halloran and Adam Wiltzie.

So That The City Can Begin To Exist

Track List:
1. So That The City Can Begin To Exist
2. The Celestial City
3. The Dead Outnumber The Living
4. Every Solstice Equinox
5. Nothing of the City Touches The Earth
6. Thirteenth Century Travelogue
7. The Divided City
8. Only Strings And Their Supports Remain
9. There Is One Of Which You Never Speak
10. Despair Dialogue
11. The Merchants Of Seven Nations
12. Desires Are Already Memories
13. Total Perspective Vortex