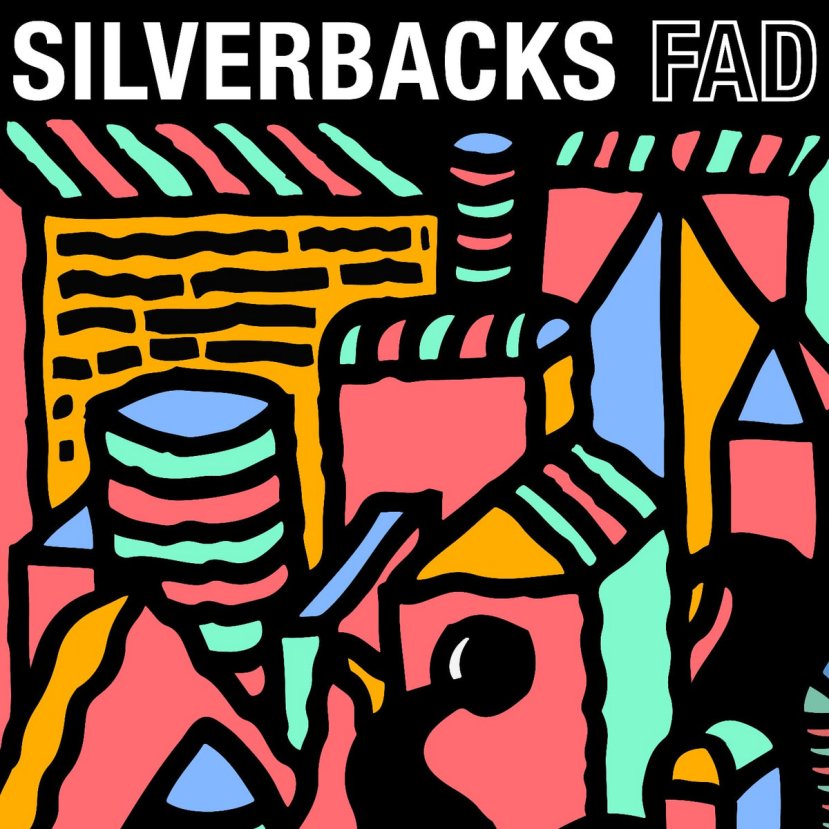 Big things are expected of Dublin’s Silverbacks.  With Girl Band’s Daniel Fox on production, the album has a thrilling, in your face sound.  Several tracks conjure up the ghost of Stephen Malkmus.  The languid, (almost) title track Fad ’95 is the most overt example of this, Daniel O’Kelly whispering “career, career, career”, one for the Pavement nerds.  The perky guitars and drawled vocals of opening track Dunkirk build up into quite a rocker before becoming more obtuse and math-y in the outtro.  So many ideas crammed into one three minute song!  Last year’s single Pink Tide bobs along nicely before a mean bit of guitar work in the outtro, while Drink It Down features a glorious euphoric chorus of “That wasn’t Jesus, that was just some fucker in a dressing gown”.

Bass player Emma Hanlon takes the vocals on a couple of tracks, notably the 90’s throwbacks Klub Silberrücken and Up The Nurses.  The album is broken up with interludes such as the brief Dud and Travel Lodge Punk, which is mainly 70 seconds of machine noise, while Madra Uisce is 80 seconds of really fine guitar work.  The jittery Just In The Band bursts out of the speakers, reaching back past the early 90s to conjure up some of Television’s guitar interplay, while Grinning at the Lid is big on Thurston Moore attitude, albeit in his more laidback moments.  On the other Muted Gold evokes Franz Ferdinand, a real chant-along number if only you could decipher the lyrics.

The album may not have as much impact without concerts, these songs were built to be played live.  But I’d be surprised if this album doesn’t catapult these guys to at least year-end-list status.