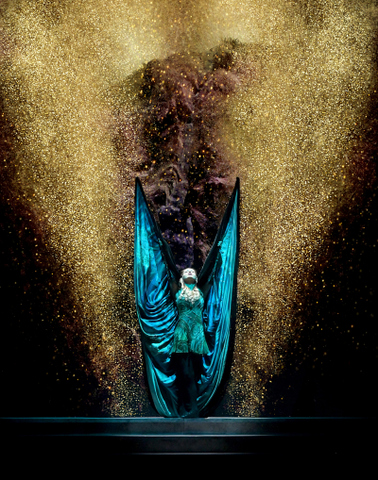 The 25th anniversary show of Riverdance at the 3Arena Dublin.

Riverdance opened its 25th anniversary production with an nostalgic montage of the show’s origins (including a young looking Gerry Ryan) projected onto the backdrop of the large stage. Riverdance first stole the show as a seven-minute intermission act at the 1994 Eurovision Song Contest in Dublin. Following the extraordinary public reaction to the piece, producer Moya Doherty, director John McColgan and composer Bill Whelan adapted the performance into a massively successful international visualisation of Irish music and dance. The performance was a success from the word go and by 1998, Riverdance was grossing nearly half a billion dollars every year and brought Irish dance and culture to new audiences around the world.

So 25 years have passed since the first spine-tingling Eurovision act and the show thereafter. What does the 25th Anniversary show have to offer?

This show brings together an electric demonstration of both Irish and international dance, especially as many of the best Irish dancers in the world are now from countries other than Ireland. The Riverdance Irish Dance Troupe is comprised of world-class Irish dancers, most having begun their dancing careers as children before going on to compete in tough competitions. While most are from Ireland, some dancers are from Britain, the United States, Canada and Australia. Most of them were probably not even born when the show began!

The exuberant magnificence, skill, energy, and display of extraordinary athleticism, especially by lead dancers Bobby Hodges and Amy-Mae Dolan, are guaranteed to hold the audience’s attention and keep their feet tapping throughout the entire show. In addition, the wonderfully talented musicians of the Riverdance Band perform the score with effortless skill (with both familiar and new pieces) and the new beautiful graphics projected on the backdrop, and Riverdance continues to live up to and surpass its unprecedented reputation.

The Riverdance Singers perform throughout the show in an ethereal pure Irish song style. Solos performed by the award-winning musicians were mixed between the dance numbers, which included an amusing Irish/Harlem tap-dancing dance off, a spine-chilling Spanish flamenco performed by the elegant Rocio Montoya, and even set pieces from the Riverdance Russian Ensemble featuring traditionally energetic Russian dance moves.

Those who have seen the show before will see much that is familiar, but new life has been breathed into this production with stunning high definition animated visuals, a rerecorded score, new costumes and new numbers. Tonight’s audience loved it and were brought to their feet clapping and cheering at the end of a stunning performance.