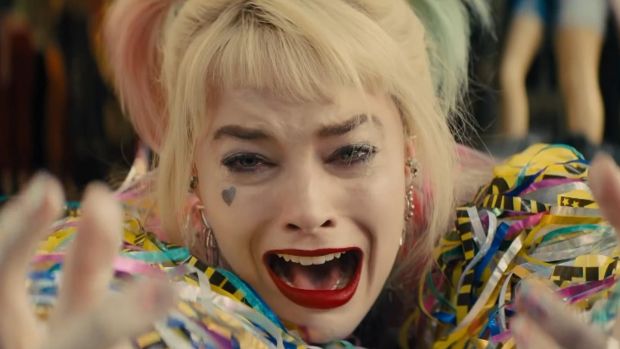 Birds of Prey: And the Fantabulous Emancipation of One Harley Quinn

DC has long been trying to compete with the seemingly unstoppable Marvel superhero movie machine and has fallen short on more than a couple of occasions. The 2016 film Suicide Squad was one such example but thankfully it wasn’t all a waste of time as it gave us Margot Robbie as Harley Quinn. Praise be. Catching onto the fact that the only thing keeping the movie from totally bombing was Harley Quinn running around in shorts, DC decided to give her a spin-off, and aren’t we lucky they did!

Set after Suicide Squad, we meet Harley Quinn as she is trying to come to terms with her new life in Gotham City. She has parted ways with Mr J (the Joker) and it’s fair to say she is not coping well. In fact you could argue it has sent her right over the edge as she drives a tanker into a chemical factory in the search for closure. But things don’t go to plan as her very public relationship status change announcement means she no longer has the Jokers protection and she has pissed off more than a couple of people in Gotham. It is open season on Harley Quinn but with a priceless diamond and a face peeling baddie in the form of Ewan McGregor, things are about to go from bad to worse to oh my god did they just do that?

Birds of Prey is a lot of fun. Margot Robbie is a perfect Harley and she looks like she is having the best time kicking the shit out of every guy who tries his luck with her. One particularly memorable moment was when she set a bikers beard on fire! The entire cast are having a brilliant time. Ewan McGregor is deliciously-childishly bad as Roman Sionis who is set to rule Gotham in the Jokers place. The script is self-referential enough to not take itself too seriously and director Cathy Yan doesn’t shy away from the gruesome making this a pitch-black neon fever dream.

If you enjoy the likes of Deadpool or just looking at Margot Robbie this movie is made for you. Hard core comic book fans might find it a little vapid but don’t underestimate these Birds, they aren’t taking any prisoners and I think this is a refreshing female driven roller-coaster ride that comic book movies have needed.