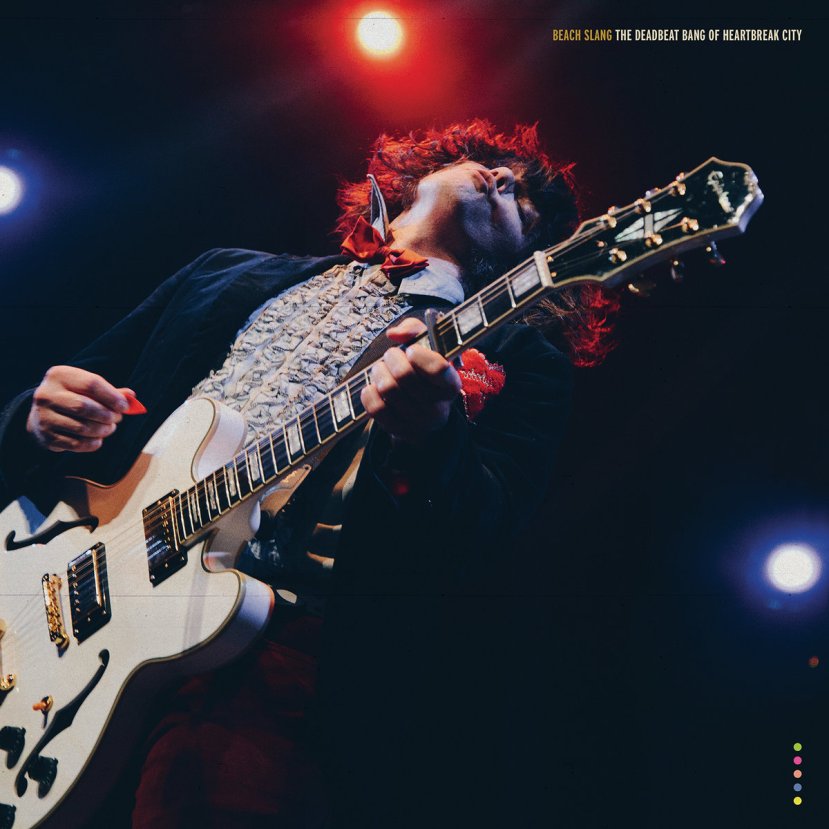 Depending on whether you count James Alex’s detour into balladry, Quiet Slang, this is either Beach Slang’s third or fourth album.  It’s a trajectory that saw them explode initially with a fine debut album, but arguably diminishing returns since then.  This time out, the scruffy edges appear to have been somewhat smoothed out, replaced by a a hard rock sound, riffy opener ‘All the Kids in LA’ setting the tone.  As in, banging drums and power chords.  Let It Ride is the first song proper, and it doesn’t disappoint, with a loose, ragged Replacements feel to it, it’s the one song here that could have fit on a previous Beach Slang album.  Tommy In The 80s, is so in thrall to the Replacements they titled a song after new recruit, former Replacement Tommy Stinson.

Unfortunately elsewhere the album doesn’t improve.  The breakneck riffs of Bam Rang Rang, Born to Raise Hell and Sticky Thumbs have little to recommend them, the latter featuring a chorus where James Alex simply bawls “stickeh thumbs”.  Stiff is a big beefy (cock?) rocker, which given the title, is really something we can do without.  As for slower material?  Nobody Say Nothing is an acoustic ballad with strings which provides a welcome change in pace, but isn’t particularly memorable, flowing into Nowhere Bus with no real change in structure or tempo, feeling like an extension of the same song.  The anthemic Kicking Over Bottles appears late in the album, and rescues proceedings somewhat.

It’s a brief album at 33 minutes, nearly seven of those occupied by closing piano ballad Bar No One.  It’s a well-meant album, but it does little other than echo past glories, without quite capturing them.  Time for a change of direction maybe?