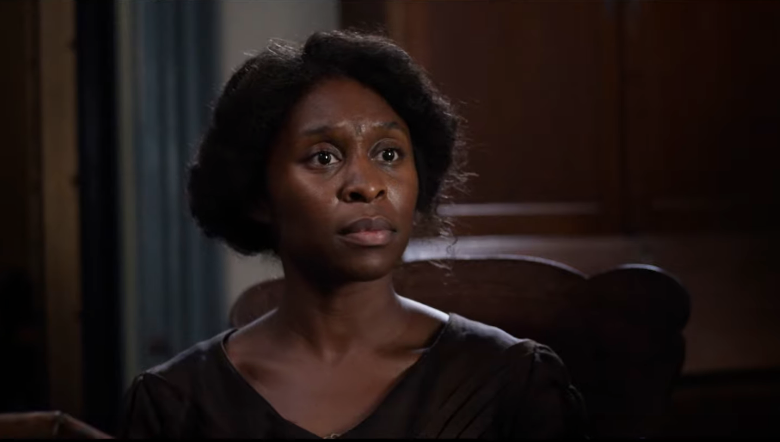 If you ever needed proof that the movie business can be completely ludicrous you only had to read the reports that Julia Roberts was originally touted for the lead in this film about the escaped slave turned abolitionist Harriet Tubman.

Thankfully the movie took so long to develop that the idea was cast aside and instead we get actress of the moment Cynthia Erivo playing the formidable historical figure. Having been born into slavery she managed to escape in her twenties and spent years rescuing other slaves using the Underground Railroad network to get them to safety. She would later go on to be the first woman to lead an armed expedition in the civil war when she guided the raid at Combahee Ferry, which liberated more than 700 slaves. And being honest that doesn’t even begin to describe her accomplishments. Obviously, this movie can’t cover all that so it focuses on her years with the railroad predominately.

As biopics go this is pretty straightforward. It’s presented in a way the audience can follow even if they have no knowledge of events. For a picture that was so long in the making, it is quite formulaic and seems to be more of a tribute to Harriet rather than an attempt at reinforcing her legacy or fleshing her out for the current generation.

She did have a difficult life by all accounts but once she finds her calling is freeing slaves she is portrayed almost like a superhero. Many facts are embellished and there is no reference to her financial hardships. And as with all biopics, there are many fictionalised characters used to move the plot along.

Erivo is the glue that binds this together. After several fantastic performances already this year she shines as Harriet. She manages to exude the pain she felt like a slave while equally honing the kick-ass side of her personality as she becomes fiercer in her freedom. On the whole she is ably supported and I must admit to being pleasantly surprised by Janelle Monáe who acquits herself extremely well (even if her character is actually one of the fictitious ones.)

The cinematography here is beautiful and goes a long way to building the atmosphere. The colour palettes evolve as Harriet does to help suck you into her world and overall this is very engaging.

However, Harriet’s story was far more complex than what is expressed here and more could have been done with it. This is an entertaining and informative biopic that will introduce many people to Harriet Tubman for the first time. But overall it is pretty standard fare with no surprises. It is still entertaining and engaging but could have been a lot more.