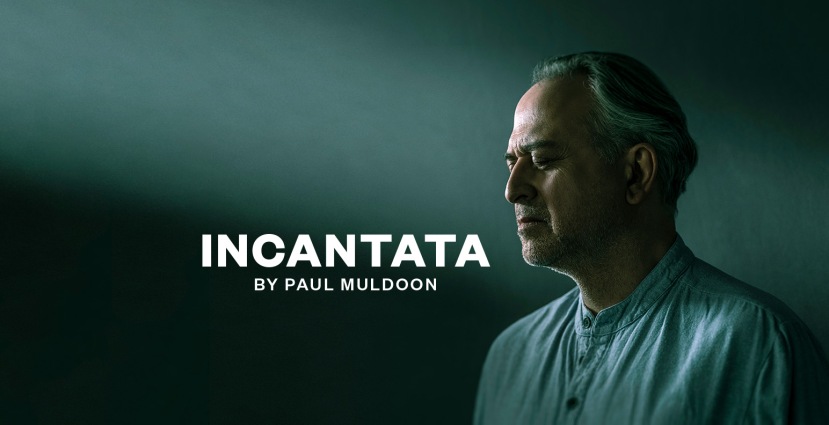 Mary Farl Powers and Paul Muldoon were partners in the early nineteen seventies living between Dublin and Belfast. In 1992 Powers died of cancer aged just 43 years old. Not long after in 1994, Incantata was published in Muldoon’s collection of poems entitled “The Annals of Chile”. In an interview with Charlie McBride, published in the Galway Advertiser, Muldoon said in relation to the poem “All of this is quasi fictional, the people in the poem are a version of Mary Farl Powers and of me and they are only just that.” It is a long poem which lets the reader inside their intense relationship, focusing on the times and places where they lived along with a multitude of artistic and literary allusions.

Sam Yates and Stanley Townsend were commissioned by Paul Fahy of the Galway International Arts Festival and producer Jen Coppinger, to bring the poem onto the stage. They collaborated over several months to discover as much as they could about the circumstances from which the poem was created in the fertile mind of Muldoon. They decided to have one actor on stage to recite the poem and for Townsend to play this character. The set designed by Rosanna Vize (who was intimately involved in the whole creative process) is the inside of a printmaker’s studio with abstract prints attached to the wall with a certain randomness. There is a table on which a printmaker can work. A video camera features prominently and there is a large pile of potatoes in one corner.

Townsend moves around the stage backwards and forwards until he settles to make a print from half of a potato, having gouged out carefully a portion of its flesh. The video camera’s projection enables the audience to see exactly what he is doing. He starts to recite the words of the poem as a means to salve his anguish.

Initially, the dense text is difficult to follow but as your ear becomes more attuned to the flow, it becomes less challenging. As the poem oscillates between the exquisite moments of a relationship and grief stricken ones, Townsend carries out varied physical tasks which illustrate some of the many cultural references that abound in the text. Teho Teardo’s musical score adds a further layer of emotion. His facial agony and loneliness can be seen in detail through the use of the video projection (Jack Phelan), with the images covering the full stage. But within this grief there are moments of light relief and comedy which manage to intrude and to make the journey created by the poem a challenging one. Parts of the poem are repeated which reinforces the power of the words and creates a type of mantra.

The text is an intense piece of writing. Because of the complexities and richness of its many diverse references it would be an advantage to have read it before seeing this stage adaptation. Townsend captures the multitude of extreme emotions contained in Muldoon’s text. He is a master of his craft. 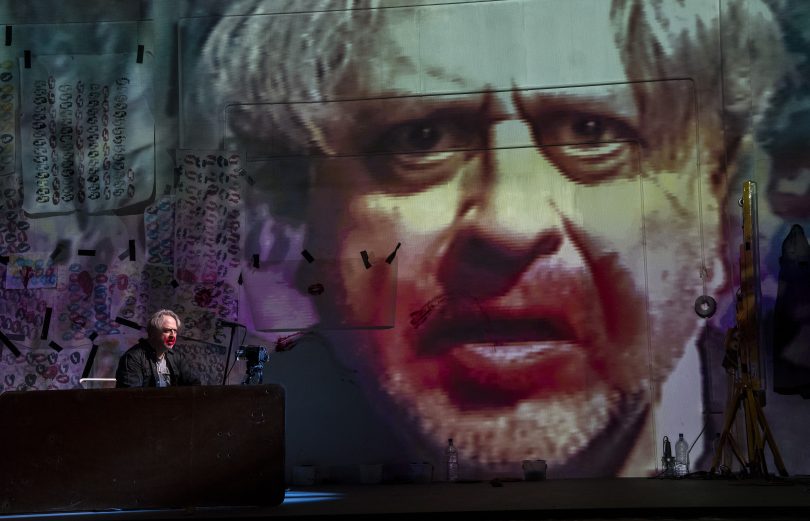