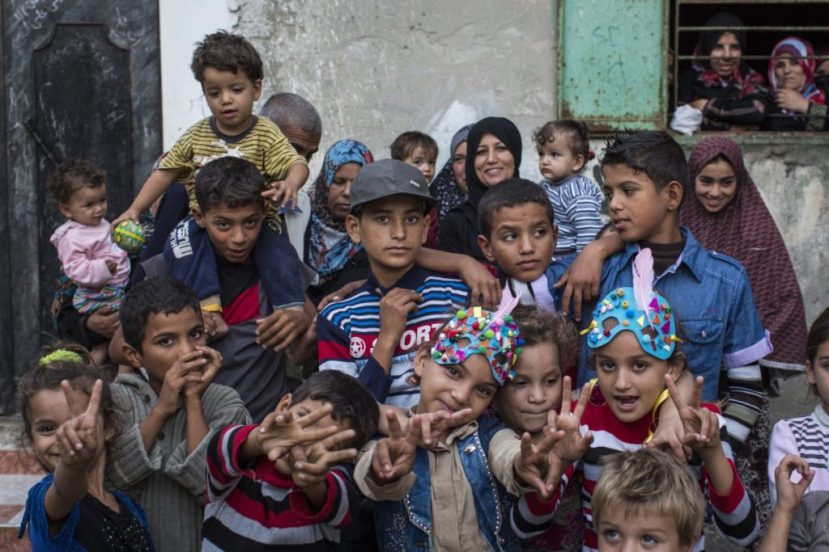 “Gaza’ or “the Gaza Strip” is a regular feature in news bulletins but it is invariably as part of the backdrop to the seemingly intractable Israeli/Palestinian conflict. The news item is usually confined to the number of rocket attacks, the amount of bombing and estimates of the casualties both military and civilian. Very rarely is it mentioned that the relevant piece of land is a mere 25 miles long and approximately five miles wide and borders the Mediterranean Sea and that it is home to almost two million Palestinians.

Those two million people are the subject matter of this thoughtful and thought-provoking documentary. Keane and McConnell show how ordinary individuals go about their everyday lives as best they can notwithstanding the deprivations of spasmodic to non-existent electricity, grim over crowding and lack of substantive economic activity. They do not delve into the politics of Gaza but they show that it is controlled from within by the forces of Hamas and externally by the forces of Israel.

There are interviews with a variety of residents including a mature fisherman and young men who wish to be fishermen but there is little or nothing to be fished, with a young girl who is learning the cello and a middle-aged lady who is harnessing the indigenous creative talent to create a fashion show. All are trying to rustle up a daily routine in a world where the routines which do exist are either the never ending games of backgammon (because there is nothing else to do) or the futile task of hurling a few stones at the Israeli military who surround the land borders. Gaza is in effect a type of open prison.

What Keane and McConnell present is inspiring as they show the need of the human spirit to try to live with dignity. But they also show the damage of the reality of confining such a a large number of people in such a small space without viable work. They do not attempt to provide solutions to the current state of affairs. They just describe how ordinary people live in this confined and confining strip of land.

With luck “Gaza” or “the Gaza Strip” will now conjure up Keane and McConnell’s  images of these people whose plight the world has chosen to ignore. Keane and McConnell have portrayed them with the decency to which they are entitled. It is a documentary of the first rank.