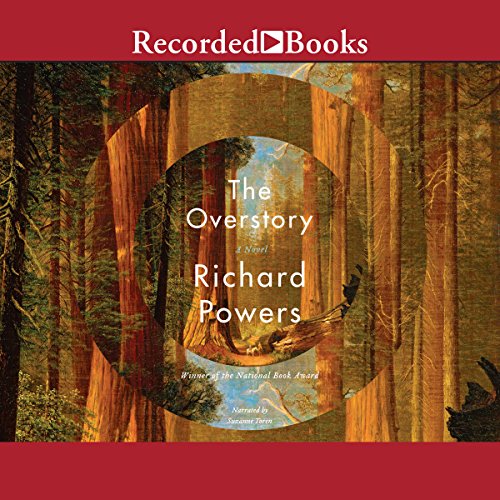 When is the best time to plant a tree? Twenty years ago. When is the second best time? Now.

This is the story of a group of people from different walks of life that all have one thing in common, they all have a love of trees. We have a young girl with a speech impediment, Patricia “Plant-Patty” Westerford. She grows up to be a plant biologist with a number of controversial views that go against conventional teaching on trees. There is the Hoel family, who have been carrying out their own study of trees for many years. While photography was in its infancy, one of the family members bought a camera to take photos of a Chestnut tree in their back garden once a month for many years. When he dies, his son continues his work, and so this strange art project/ scientific study continues through the generations. There’s the bored and disaffected Olivia Vandergriff, who is a college student with little love for her chosen topic. After a near death experience, she finds a new purpose in life, that of preserving and maintaining the forests of America. Another is a young gifted school boy who has a disagreement with his teacher. While thinking of the trouble he is in, he climbs a tree and falls from the branches, altering his life forever.

These characters, nine in total, along with their family and friends make up the world of the Overstory. This is an epic tale by Powers, so much so the book could easily have been broken into a number of smaller tales. One of the difficulties of the novel is that it’s difficult to remember all the characters and the particulars of their story, but later in the novel all the various strands are pulled together to show the connection between these seemingly disparate strands.

It is quite daunting the amount of work that went into this novel. The book is filled with interesting nuggets about trees. Powers himself says he read around 120 books on trees before starting the novel! We get some of the more interesting things he discovered in the pages of this book. Such as the roots of the Douglas Fir join together underground, so in a sense a forest of these trees is not a bunch of individuals but rather one large entity! This also allows the trees to transfer nutrition between themselves and in a sense, care for each other. They can also communicate in various ways with the other trees in their vicinity. Trees are not shown as inanimate objects, but rather as living, intelligent forms of life!

The book offers some fascinating insights into trees and does alter your perspective on them. There are so many great ideas in this work, so many concepts explored in the various stages of the protagonist’s lives. It’s a book you could return to on more than one occasion. It’s a complex but rewarding read, and with such an emphasis on climate change in recent years, it is very much of its time.