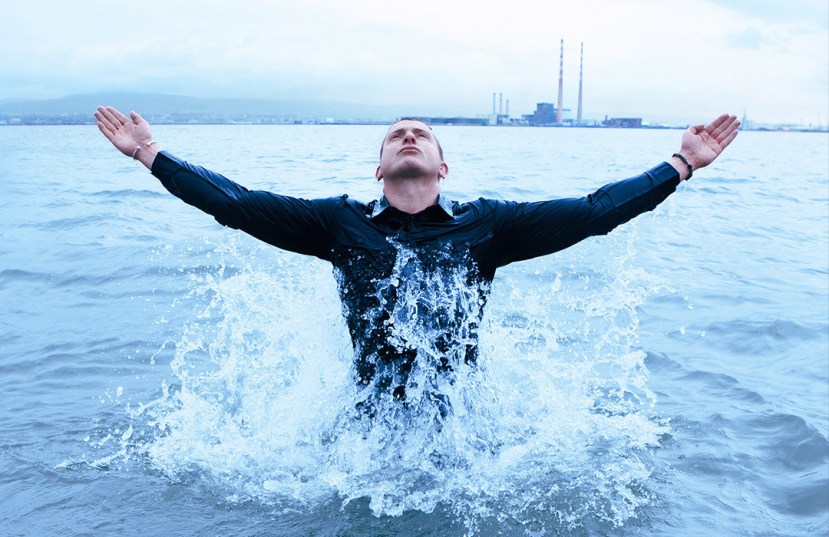 Damien Dempsey has established himself as one of the foremost ‘traditional’ Irish singers of the last 20 years.

Those who arrived early were treated to an incendiary set from support band A Lazarus Soul.  Drawing largely from recent album The D They Put Between The R and The L, singer Brian Brannigan belted out songs like Lemon 7s and Long Balconies.  We Know Where You Live gave Joe Chester the opportunity to show his considerable guitar skills, while the numerous reggae heads in the audience were delighted to hear a snatch of Bob Marley’s Redemption Song leading into No Hope Road.  An impressive set concluded with Settled Kids, Brannigan singing “local is knowing where the gap in the fence is”.  The band’s songs, particularly newer material, are packed with simple, yet resonant and relatable lyrics.

Damien Dempsey opened his set acapella, which had the audience immediately eating out of his hand.  Transforming the venue into a mass singalong, Dempsey and his band roared through Negative Vibes, Patience and Apple of My Eye.  Almost an old-fashioned entertainer, his unpretentious and unvarnished music made even the few doubters get over themselves and singalong to Seize the Day.

Crowd-pleasing covers Rocky Road to Dublin and Rainy Night In Soho blended well with Dempsey’s own material, before rounding the set off with It’s All Good, which the audience continued on singing long after Dempsey and co departed.  While Damien Dempsey may not be to everyone’s taste, it’s clear that he has a real and original voice, fit to follow in the footsteps of the likes of Christy Moore.