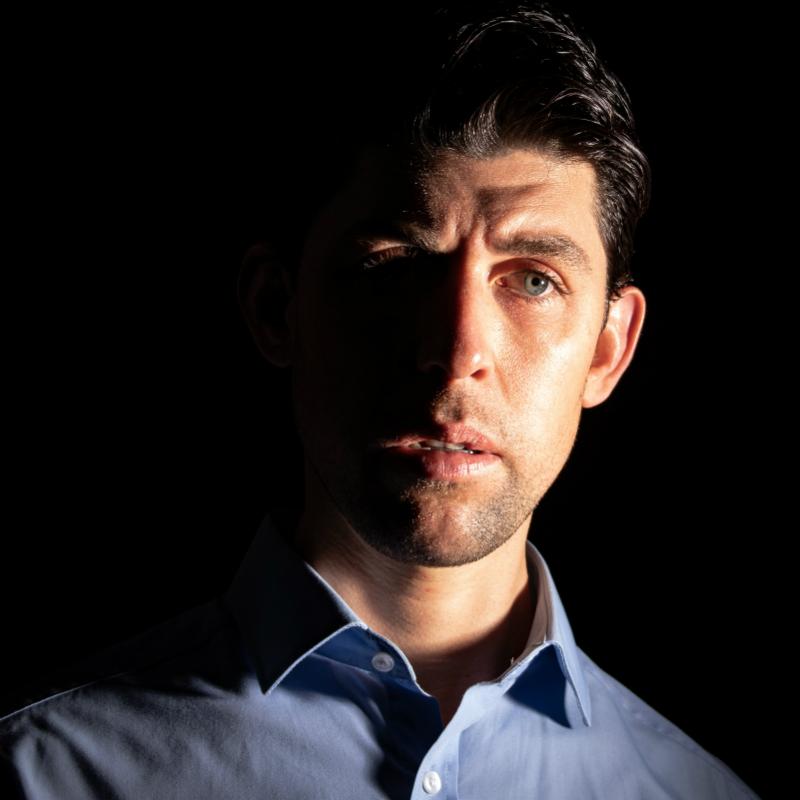 We meet Joe (Rex Ryan) under less than ideal circumstances. He is waiting to be interviewed by the Garda for an as yet unspecified crime, along with his mother Joy (Donna Dent). Joe is somewhere on the Autistic spectrum, and despite being able to hold down a full time job, he can’t quite handle the pressures of everyday life. He is a computer expert, which seems to be at the centre of his current situation. Joy slowly coaxes out of him the nature of his crime, which involved taking down one of the largest websites in China! The play delves into this complex individual, along with his strained relationship with his mother.

This is a new production by Idir Mná theatre company which was written by Elizabeth Moynihan. Moynihan is probably best known as an actress, for her appearances in work such as Black Mirror and Fantastic Beasts and Where to Find Them. She does have a number of playwright credits already under her belt, with work such as Slaughterhouse Swan and Walnuts Remind Me of My Mother. This new play is based on the McKinnon case in Scotland, where a mother tried to stop her Autistic son being extradited to the United States for hacking into the US military. It was said to be the “biggest military computer hack of all time” and was the subject of much media coverage at the time.

The play shines a light on the complexities of a mother/ son relationship where the son is incapable of reciprocating the emotions shown by his mother. Joe feels more at home on his online gaming platforms, where the world is structured and easy to control. He struggles with emotion and doesn’t like to be touched or hugged. While this allows Rex Ryan to display his acting skills, it also means that it’s hard to get inside his character, or to ever truly understand his world view. Joe seems quite capable of living in normal society, and it is only when you delve deeper into his character that you start to see his limitations. He seems remote and detached throughout, like the events of the story are things happening to someone else. 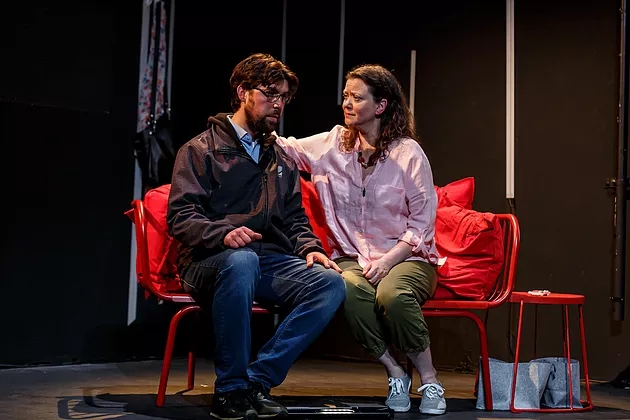 Donna Dent as Joy is the emotional hub of the storyline and the only one capable of showing empathy on stage. She does well with this complex part but it is quite difficult to spar with an opponent who is as otherworldly as Joe. You feel her frustration as she tries to understand him.

The play advances with the introduction of another potential crime, which further complicates the story line. A man with autism is a difficult character to explore on stage and Joe remains an enigma throughout. At the end of the play you feel you understand him little better than you did at the beginning. While the play could have fallen into melodrama, the story to its benefit stays centred on the relationship between mother and son. The acting is the main point of interest in this production, as these two fine actors tease apart this intriguing relationship.