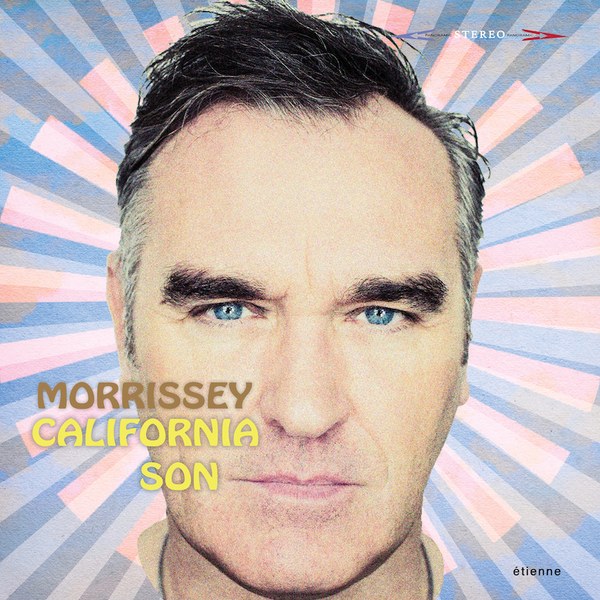 Morrissey takes a break from putting his fans’ loyalty to the test with the release of his 12th solo album, which you could be forgiven for thinking is… another exercise in putting his fans’ loyalty to the test!  It’s an album of cover versions from the 60s and 70s, featuring songs by Jobriath, Joni Mitchell and Bob Dylan, and that’s just the first three tracks.  Actually, his version of Joni Mitchell’s Don’t Interrupt The Sorrow works really well here.  It’s not terribly different from the original, it just suits his voice really well.  He also shows off his considerable vocal range on Roy Orbison’s It’s Over.  His voice sounds as great as it ever did, it’s just everything else here struggles to measure up, the arrangements are workmanlike without much sparkle, throwing saxophone, chirpy keyboards and strings, with little evidence of the instrument that arguably suits his voice best; the guitar.

Songs like Dylan’s Only A Pawn In Their Game do not really suit Morrissey, while nod to his Smiths past, Buffy Sainte-Marie’s Suffer The Little Children is all handclaps and strangeness.  Many of these songs such as Laura Nyro’s Wedding Bell Blues (featuring an undetectable contribution from Green Day’s Billie Joe Armstrong) and Dionne Warwick’s Loneliness Remembers What Happiness Forgets are far too jaunty to have any real business on a Morrissey album.  Towards the end he takes on Tim Hardin’s dirge-like Lenny’s Tune and turns it into something of a triumph, Morrissey’s mannered vocal sat atop almost stage-sounding piano chords.

It’s pleasant enough but the real question is why?  It won’t go down as a highlight in his back catalogue.  Maybe he is just intent on overturning his considerable legacy.  To paraphrase Orbison, it may not be quite ‘over’ but at this rate, it may well be soon.